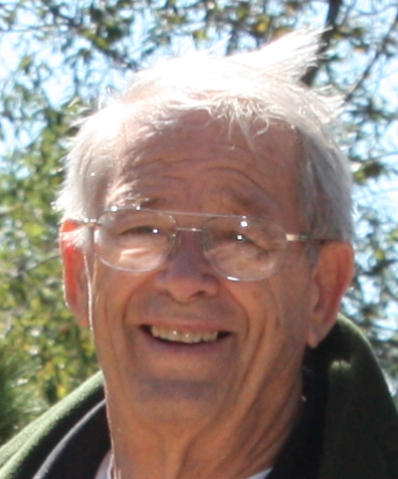 John James Allread
May 21, 1937 - November 30, 2020
Print
Email
Service
Greenlawn Funeral Home North
Cemetery
Greenlawn Memorial Gardens
3506 N. National Ave
Springfield, Missouri 65807
John was born on May 21 1937 in Jackson, Michigan as the second son of a a young engineer turned Inventor and his talented art teaching wife. He attended Broad Ripple High School in Indianapolis, Indiana and then was accepted into the engineering program a Michigan Tech in Houghton, Michigan where received a bachelors degree in Chemical Engineering. After graduation he accepted a position at Wisconsin Steel Works in Chicago, Il.
Through Dick Hansen, one of his closest college friends John became acquainted with a beautiful and intelligent woman of Czech and Swedish ancestry named Georgene Vlach who was John’s equal and who he would later often refer to as his wondrous and challenging better half.
After falling in love with Georgene he requested her hand in marriage. She thought deeply and prayed before she agreed to take his hand in marriage and the two were wed on 06/21/1962. He and his newlywed wife Georgene M. Allread began their family with his their first child Jimmy in Harvey, IL.
Within a short period of time was asked by General Motors to join GM’s young executive training group program and went to work at their Central Foundry in Defiance, OH as the plants’ chief maintenance engineer. His career was tracking well at GM and within a few years he positioned toward upper mid level management. He and Georgene quickly grew their new family by having their daughters Jeanne and Susan as well their second son Timothy. John wanted more from his career. With his wife’s encouragement John and four other engineers start an engineering consultancy firm by the name of DAMPCo… The company had a very promising start Unfortunately they were heading directly into the head winds of the OPEC led recession and it could not survive. This experience opened doors that would later give rise to career advancement opportunities.
He joined with other brilliant, young, and talented men and they birthed their own engineering consultancy firm. He was joined by 3 other gentlemen named Dingus, Mckibben and Peabody…together they gave birth to adheres named Dampco in the year 1970. DAMPCO had a very promising start and appeared to be a magnificent success until they faced headwinds that even their brilliance couldn’t overcome. Tensions in the Middle East spilled into our world and in October 1973 OPEC stopped selling oil to the US and the US economy, which had become overly reliant on affordable oil imports plummeted. As the US economy ground to halt DAMPCO could  no longer pay its’ salaries or make its’ rent. As their fledgling enterprise stuttered and then failed each of the four, facing near bankruptcy, sought new employment.
Jim enjoyed a very prosperous time in the Grede Foundries while employed from 1973-1990. John was hired as the Corporate Director of Maintenance and he worked his way diligently through the company until he held the title of Vice President of both Engineering and Maintenance. Although he was much loved by both management and those employees who were under his authority Jim felt that he had reached all the career advancement that could be achieved while still working for a family run foundry company. In 1990 let it be known that he was willing to entertain offers from other employers. John was quickly offered a position as Vice President of Intermet Corporation 1990-1994. In 1994 John was was tendered an offer from Rochester Metal Products to serve as their CEO. He served in that position1994-1998
He began his employment with Rochester Metal Products as a large project manager and ended his career as the President of the Company.
Upon his retirement in 1998 he joined his son James in the field of residential land development where the two transformed a relatively undesirable tract of farm land into choice, single family residential lots in a covenanted subdivision in Southwest Missouri.
Always a traveler from his years at Grede onward He enjoyed many business trips to South Korea, Japan and many parts of Europe. He and his wife Georgene, and often at her leading always sought ways that they could bring glory to their Lord and Savior Jesus through his many overseas businesses trips. John took children on many trips both in the United States and throughout Europe.. He gave each of his children a true hunger for adventure and a desire to reach for that which just out of reach instilling into each of them an expectation that they too could be excellent.
John remained as close with his two brothers as so many who find themselves spread across different states throughout America. Though contact with both his elder brother William and his younger Brother Richard was not as frequent as the three would have liked, I know he counted them both as friends as well as brothers for most of his adult life.
In addition to William and Richard Jim is survived by his Children James, Jeanne, Susan and Timothy and each of their Spouses and children. He was predeceased by his adoring wife, Georgene Mary Allread (Née Vlach).
The funeral service will be at Greenlawn Funeral Home North, 3506 N. National Ave. Springfield, MO 65807, on December 05, 2020, at 4:00pm. A visitation before the service will begin at noon. The family will be there to welcome friends and relatives.
Please send memorial donations to his and his wife’s final Alma Mater, Christ For the Nations Institute 3404 Conway st., Dallas, TX. 75224