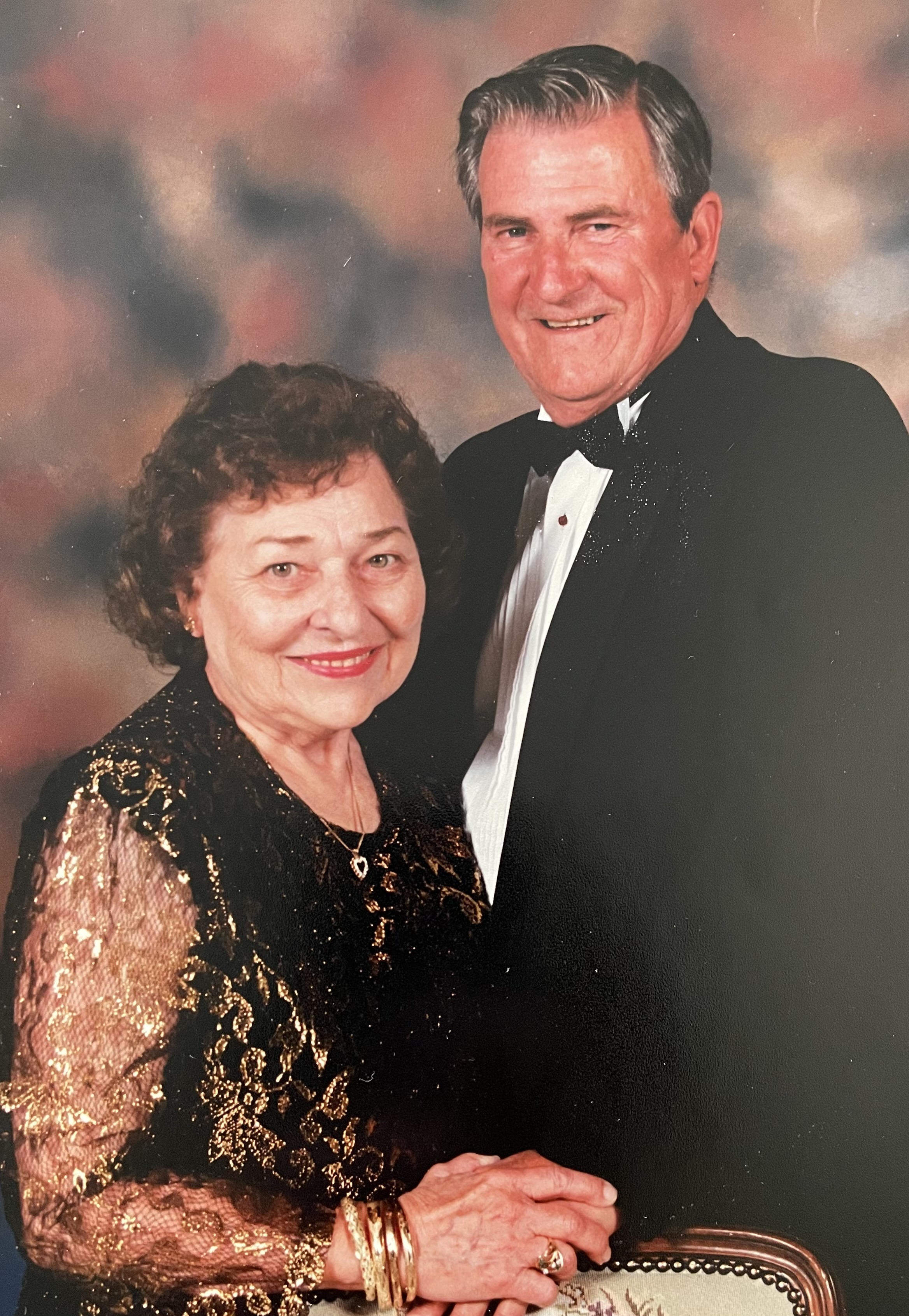 John Vorhees went peacefully from this earth on February 9, 2021. He was born on June 30, 1930 in Cleveland, Ohio to Ruth and Ralph Vorhees. Following the death of his father in 1944, his mother moved John and his sister to Kirksville, Missouri to be closer to family. He graduated from Kirksville High School in 1948 and joined the Air Force, proudly serving in the Korean War. Following his honorable discharge as an Airman 1st Class, he attended Truman University (Kirksville State Teachers College), graduating in 1956.
John went to work teaching middle school science in Wentzville, Missouri, but after five years turned to sales in Kansas City, using his talents of talk and making friends to excel. He finally retired from sales, his last job being proud owner of Vorhees Insurance Agency, and enjoyed 8 years of driving a school bus for Springfield Public Schools before finally retiring for good. He loved driving a bus, spending time with the kids who called him, “Mr. John.”
In 1965, John married the love of his life, Barbara, after a brief courtship, and became a father to their only child, Kristen. The family moved to Springfield, Missouri in 1969 to accommodate his job. He loved his family and enjoyed spending time on weekends with them at their cabin in Shell Knob, fishing and enjoying nature. He was an avid gardener, fisherman, coin collector and sports fan. John also enjoyed putting on a show anywhere there was a piano, playing anything from Boogie Woogie to Sentimental Journey. He was a proud grandfather of two grandsons, Mike and Andrew, and loved to attend their gymnastics meets in Springfield and Oklahoma. He was looking forward to becoming a great grandfather in the very near future.
One of John’s proudest endeavors was joining the Scottish Rite Masons and Shriners in 1969. He enjoyed the fellowship of his Masonic brothers and giving back to others. He served on Directors Staff for Abou Ben Adhem and earned the rank of 33rd Degree with the Joplin Valley Masons. In 2019, he was recognized for 50 years of service by the Masons. He was a 45-year member of the Elks Lodge in Springfield. He also belonged to the American Legion, Korean War Veterans Association, the Eagles, and the Pomme de Terre Hillbilly Clan.
He was preceded in death by his parents, sister Janice Webb, and his wife of 50 years, Barbara. He is survived by his daughter Kristen Squires and husband Ron of Edmond, OK, grandson Mike Squires and wife Michelle of Houston, TX, and grandson Andrew and wife Taylor of Yukon, OK. Special thanks to his caregivers and friends at Morningside of Chesterfield, the incredible ICU nursing staff at Mercy Hospital, and his special friend, Esther Baker, whose love and friendship lifted him up these last three years and made him whole again. In memoriam donations may be made to Shriners Children’s Hospitals, Joplin Valley Scottish Rite or Truman University.
Services will be Tuesday, February 16 at 9:30 at Greenlawn South funeral home with internment to immediately follow at Missouri Veterans Cemetery.