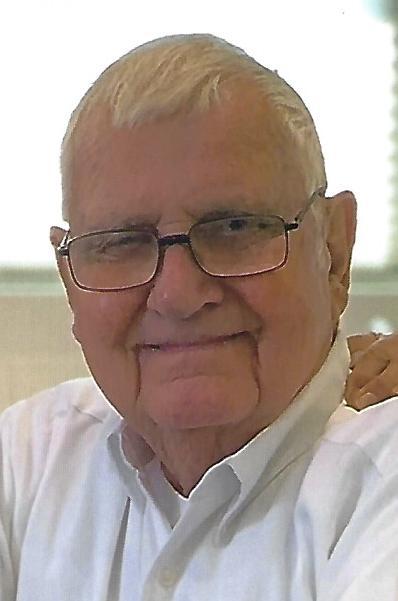 John W. Matthews, Jr. 87, of Springfield, passed away Friday, November 8, 2019 in Mercy Hospital.
He was born October 25, 1932 in Springfield Missouri to John W. and Hazel I. (Patton) Matthews.
John joined the United States Air Force in 1950 serving his country in both Korea and Vietnam. He retired in October of 1972 as a Chief Master Sergeant. After retirement he moved back to Springfield where he joined his family business Lakewood Mobile Home Park until it was sold in 1981.
John loved to fish, hunt, travel and work on Mustangs, his favorite being the 1964 ½. He enjoyed visiting with all his friends and especially talking to Dennis Cissell on a daily basis. John’s family however was most important to him, especially his grandchildren.
John was preceded in death by his parents, grandparents, step-son Michael Sellers and the mother of his children Norma Matthews. He is survived by his wife of 35 years, Joan his children Dennis Matthews of Springfield, Missouri, his daughter Denise Bullard and her husband Dave of Kimberling City, Missouri; grandchildren Greg Kleeman, Brandon Matthews, Jennifer Bowen and Brittany Stone; step-grandchildren Mark Bullard, Mat Bullard, Nicole Murdock and Heather Bullard; great grandchildren Makayla Bartels, Braxton Kleeman, Keagyn Bartels, Savanna Kleeman, Paxtyn Bartels, Eli Stone and Laken Kleeman. He is also survived by his brother Dave and his wife Norene of Springfield, Missouri along with several other family and friends. The family would like to extend a very special thank you to Dr. Meldi and Dr. Tummala for all the care they gave to John.
We say goodbye to the greatest man we have ever known, truly amazing! Had an amazing life & accomplished so many things in his 87 years. His pride & Joy was his family. He is an always will be greatly loved & tremendously missed. He will always be in our hearts & never forgotten. We love you PAPA!!
Graveside services for John will be at 1:00 pm Wednesday, November 13, 2019 at Missouri Veterans Cemetery with full Military Honors. Visitation will be from 6:00 to 8:00 pm Tuesday November 12, 2019 at Greenlawn Funeral Home East.
In lieu of flowers contributions may be made to The Honor Flight of the Ozarks PO Box 3964 Springfield, Missouri 65808.