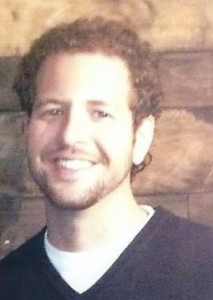 Jordan Lea Estes of Fordland, MO was born on April 27, 1982. He left this world on June 2, 2015 at the age of 33. It was just too soon.
Jordan was a brilliant young man. He spoke 4 languages. He held a degree in English, was a Nationally Certified Firefighter/Paramedic, did some flight medic work, and was considered a Master Chef. Jordan had literally studied and cooked in EVERY continent in the World. Cooking was his true passion and he never stopped learning new ideas. While in Antarctica, he worked with Harvard studying the changes and differences in the way food and ingredients responded in such a harsh climate. He always said it is just a “delicious form of science.”
Jordan was very athletic. He loved the Cardinals! He played basketball and football in high school. He loved hiking, biking, and camping in some very remote and interesting places! He took piano lessons and was learning to play quite well. He enjoyed singing while he played, but we can’t say that was very well!
Jordan had a heart of gold. He was always willing to help you if he could find any possible way. He fed half of the homeless population in Gainesville, FL while in college. He loved children and the elderly. When working for older people, just doing odd jobs or whatever they may need, he only asked for cookies!
It was Jordan’s desire to help others that really hurt him. At Jordan’s last rescue scene, Jordan couldn’t handle the situation that resulted in 3 children dying. He worked the scene, walked away, and wasn’t seen for days.
A new and different Jordan reappeared from the accident. He continued to work, and live but just in what seemed in a sad way. He had nightmares that wouldn’t stop. He said, “Sometimes the screams just won’t shut up.” We feel this is what ultimately killed him. PTSD is a very wicked disease. We need to help more, or different or we will continue to lose people we love so dearly.
Jordan is survived by his parents, Dan Deanna Estes and Gary and Joyce Fenner. He has 3 surviving brothers; John Rogers, Dustin Estes, and Jakob Fenner. He has 2 sisters; Julia and Krista Estes, and 7 nieces and nephews who he adored.
Jordan was preceded in death by his grandparents, Newell and Dorothy Estes, and Jim and Joan Mack and Gordon Fenner.
A Celebration of Life service will be held at 1:00 p.m., Saturday, June 6, 2015 at the Fordland United Methodist Church, Fordland, MO.