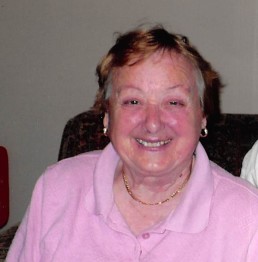 Josephine G. Eidson, 88, passed away from this life on March 15, 2020 at Spring Valley Health and Rehab Center. Josephine was born in Dublin, Ireland on March 22, 1931 to Robert Joseph and Annie (O’Neill) Brockie.

Josephine attended school in the Dominican Convent in Dublin, Ireland. She left Ireland in 1953 and immigrated to Canada. After two and a half years in Canada, she immigrated to the United States and became a United States Citizen in 1962. In 1964, Josephine married Edward W. Eidson, then a first lieutenant in the United States Army. From this marriage were born two children, Edward W. Eidson II and Maureen W. (Eidson) Dismang. Josephine and Edward moved to Springfield, Missouri in December, 2013.