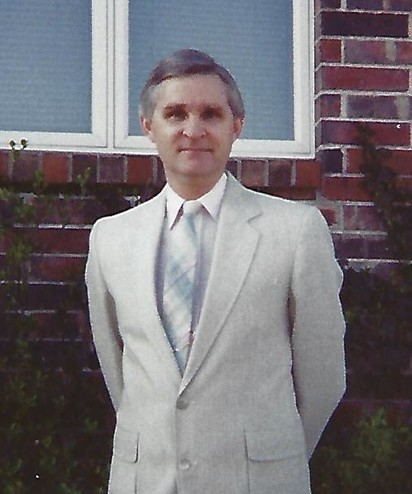 Keith Rex Gamel was born August 6, 1947, the youngest of three children to Lawrence and Janice Gamel (neé Atteberry) in Springfield, Missouri, at St. John’s Hospital. He grew up in Buffalo, MO, then moved to Aurora, MO, while a sophomore in high school. Upon graduation he attended Missouri Southern College until he joined the Army in 1967. He was then sent to serve in the Vietnam War with the 336th Assault Helicopter Company from 1967-68. He was honorably discharged from the Army in 1971 whereupon he resumed taking college classes. After surviving a head on collision and spending months in rehabilitation he began working at Dillard’s Department Store in Springfield where he met his future wife, Diana Gail Gamel (neé Venz). They were married on August 17, 1974. They lived in Aurora for 27 years. In 2002 they returned to Springfield where he lived for the last 17 years.

Keith was an active tennis player, and enjoyed ball games, walking, and biking. In early 2000 he was diagnosed with a spinal cord tumor, which limited his mobility. He ceased walking in 2008. Keith continued to drive a handicapped van until 2013 when numerous other health issues began. The past two years his health declined with this most recent year (2019) being the worst. He was always cheerful, thankful, and encouraging to those around him even though he could not walk and was confined to a wheelchair. He was an active member of First Baptist Church, Aurora, where he served as a deacon and Sunday School teacher. He was always interested in cars, especially Corvettes, a love he shared with his two older brothers.

He passed away October 1, 2019, with his wife present while at the hospice unit at Mercy Hospital.

He is survived by his wife, Diana, his son Brian Gamel (Breck) who lives in Waco, TX, and his daughter Blair Walker (David) who lives in Huntsville, AL, his five grandchildren: Oliver Gamel (12), Bennett Gamel (10), Avonlea Gamel (6), Clark Walker (7), and Eva Walker (2), his two brothers Larry (Nubia) and Ron (Carolyn), and many brothers-in-law, sisters-in-law, and a host of nieces and nephews.

The family would like to especially thank Integrity Home Care and Hospice, the Mercy Hospital Unit, the U.S. Department of Veterans Affairs, and a special thanks to Dr. Keith Meyer for his wonderful care.

Services for Keith will be at 12:00 pm Friday, October 4, 2019 at South Haven Baptist Church under the care of Greenlawn Funeral Home East. Graveside service with full Military Honors will follow at Missouri Veterans Cemetery. Visitation will be from 6:00 to 8:00 pm Thursday, October 3, 2019 in the funeral home.