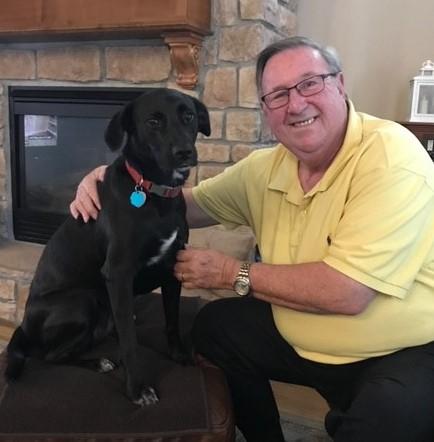 A private family graveside service will be at a later date under the care of Greenlawn Funeral Home East.

Kenneth Searle Shaw Jr, 72 of Springfield Mo went to be with our Lord and Savior on April 26th, 2020.
He was born to Kenneth Searle Shaw Sr. and Nellie (Sandifer) Shaw on August 3rd 1947 in Newberg, Mo.
Kenneth (Ken) met his lifelong sweetheart, Carol (Dickey) when she was only 15 and he was 17. Some of the first words Ken ever said to Carol, on the very first day they met, was “I’m going to marry you” and Carol said “You’re crazy”. They were married on April 8th, 1966 in Springfield, Mo after Ken had finished boot camp with the United States Navy, they just recently celebrated their 54th wedding anniversary.
After Ken got out of the Navy, he joined the ranks of the Springfield Mo Police Department as a police officer in 1968. Ken then went to work for the Frisco Railroad as a Railroad Police Officer in December 1970. While working fulltime and taking care of his family, Ken was able to obtain his Bachelor’s Degree from Columbia College. Ken rose through the ranks at the railroad, and retired from his career in 2008 as a Chief Special Agent in Chicago IL with the BNSF Railroad. Ken was very well known throughout the law enforcement community from state to state for his integrity and leadership. Ken loved his job so much that even in his retirement, he continued to “investigate” his family’s genealogy as a hobby, so his family was truly his hobby.
Ken was preceded in passing by his father, Kenneth Sr, mother Nellie, father-in-law Ed Dickey and mother-in-law Imogene Dickey of Springfield, bother-in-law Ed “Joe” Dickey of Springfield, sister-in-law Julieann (Dickey) Hobbs of Springfield and several aunts and uncles.
Ken is survived by his wife and lifelong love Carol, their two sons and their family’s; Kenneth (Kenny) S Shaw III and Wife Kristie and their sons Alex and Nathan of Republic Mo, Gregory (Greg) S Shaw and wife Melissa and their son Connor of Springfield Mo, sister Jeannie (Shaw) Carico and her husband Don of Rolla Mo, brother-in-law Dennis Dickey and wife Kathleen of Willard Mo and numerous nieces and nephews.
Graveside Services for Ken will be 2:00 p.m. Thursday, April 30, at Rivermonte Memorial Gardens.

A private family graveside service will be at a later date under the care of Greenlawn Funeral Home East.