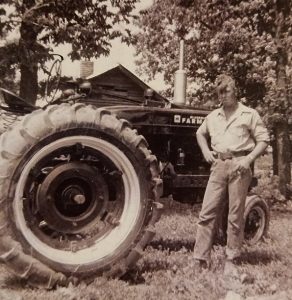 Kent Appleby, age 97, of Springfield, MO, passed away Sunday, August 21, 2016 in his home. He was born March 28, 1919, in Springfield, MO, to Homer and Grace (Wilson) Appleby. Kent served in the Army Air Corps. During World War II.
He was preceded in death by his loving wife, Shirley Alice Nease Appleby; parents, Homer and Grace Wilson Appleby; and two sisters.
He is survived by his four children, Jim & Conney Appleby, Gail & Bob Glynn, Terry Appleby, Robert & Vanessa Appleby; 7 grandchildren; 5 great-grandchildren; and many friends.
Graveside services will be held at 11:00 am, Friday, August 26, 2016, at Bellview Cemetery with Mr. Bill Neeley officiating. Visitation will be held from 6-8 pm on Thursday, August 25, 2016 at Greenlawn Funeral Home North. Memorial contributions may be made to the Alzheimer’s Association, in honor of his wife. Services have been entrusted to Greenlawn Funeral Home North, Springfield, MO.