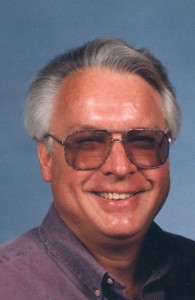 Kent Edward Hanson was born June 17, 1947 in Des Moines, Iowa. At five months old, Kent became the adopted son of Paul and Hazel Hanson. He was raised on his parents’ farm northwest of Boxholm, Iowa. After graduating from Boxholm High School, Kent attended Grand View College in Des Moines and Iowa University in Iowa City. In 1967 he enlisted in the Navy and attended the Naval Nuclear Power School at Mare Island, Vallejo, California. He became a Nuclear Power Prototype Instructor in 1971. After completing two tours of duty in Vietnam, he was honorably discharged from the Navy in 1973. Kent was united in marriage to Carol (Lehman) Hanson on May 17, 1969. The couple initially raised their children in Paton, Iowa. In 1986, the family moved to Springfield, Missouri area where he held several positions in the HVAC industry. In 2010 he retired. He passed away at his home in Battlefield, Missouri, on November 26, 2015 following a short illness. His parents proceeded him in death. Survivors include his wife, Carol; son Jowell, his wife Lisa; their daughter Janell and her husband Brian McIntyre; and their children, Zoe and Zackery McIntyre. A memorial service will be held Wednesday December 2, 2015 at 11:00 a.m. in Greenlawn Funeral Home South. Inurnment will be at a later date.