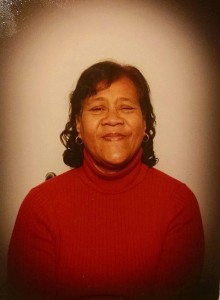 She met her husband, Lolofietele Alesana Anoa’i, in 1971 and they later joined in Holy Matrimony on September 9, 1972.

They served faithfully as deacons in the Matu’u Congregational Christian Church until 1996. She later attended the Ieova Irae Assembly of God where they also became deacons until her husband became sick in 2006.

She loved gardening. She was known to have a “green thumb” because everything she planted grew. She loved her children and made sure they were doing well.

Visitation will be held at 2:00 p.m., with a funeral service following at 3:00 p.m., on Saturday, January 2, 2016, at Greenlawn South Funeral Home, Springfield, MO. Her body will be cremated after the service and remains will be transported back to American Samoa at a later date, where it will be buried next to her husband as she requested.

In lieu of flowers, contributions may be made to the Emanuel Assembly of God Building Fund at 3234 S. Pinehurst Ave. Springfield, MO 65807.