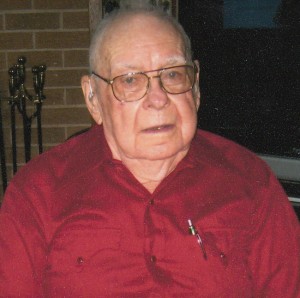 Leonard G. Rapp, 95, Springfield, passed away on March 30, 2015. He was born February 13, 1920 to Stephen and Maude Rapp in Clever, MO. He was a member of College Street Baptist Church. He served his country in the U.S. Navy during World War II. Leonard is survived by his daughters: Sondra Simmons, Cheryl Grove and Ronda McKinney, a son Bob Rapp, five grandchildren: Lori Scott, Holley and Caleb Pering, and Kyle and Rachelle McKinney, four great-grandchildren: Nolan and Darian Scott, and Daytona and Danika McDonald, his siblings: Mae, Eva, Jack, Mary Lou, Joe, Charlotte, Janice and Billy. He was preceded in death by his parents, his wife Vivian E. Rapp, four brothers, and one sister. Visitation will be Friday April 3, 2015 from 6-8 pm at Greenlawn Funeral Home North. Funeral service will be Saturday at 1:00 pm in the funeral home. Burial will be in White Chapel Memorial Gardens. In lieu of flowers the family asks for donations to Good Shepard Hospice.
https://www.tributeslides.com/tributes/show/J57DQJ655CPDYZY7