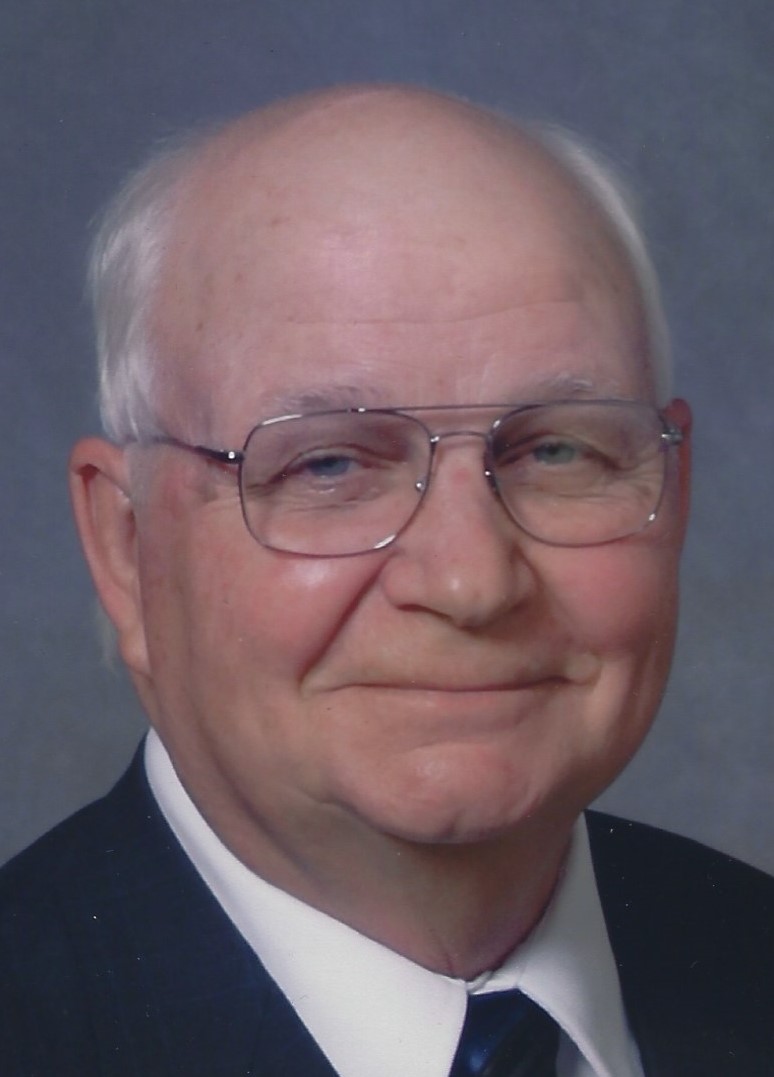 Lloyd Ivan Eagleburger, 86, passed from his earthly home to his heavenly home in the early hours of Thursday, February 11, 2021 with his wife of 65 years, Rebecca, at his bedside. Family and close friends were blessed with the opportunity to say their goodbyes the previous day. Lloyd passed of natural causes, at peace and with dignity at Mercy Hospital in Springfield. He had fought a long battle and stated he was tired.

Born July 21, 1934 to the late Orval Charles (OC) and the late Lema Jane (Vinyard) Eagleburger in Webster County, Missouri, Lloyd was the sixth of 13 children. The family established their farm west of Fair Grove when Lloyd was just a young boy and there Lloyd spent his childhood exploring, choring and loving his days. His parents instilled in Lloyd the value of hard work and ethical living. The impressive barn the family built, with its hand-arched oak beams and shiny steel roofing, was a sign of the Eagleburger’s strength and a source of great pride. When a storm destroyed the upper level of the barn, Lloyd ensured it was repaired and that the large vents were restored and again placed atop – perhaps as a memorial to the stories for which that farm was the setting. Lloyd was glad to share about the rocks he and his brothers carried under the farmhouse to build the basement as Orval offered clear direction. Lloyd could always “tell ya a good one” on this person to that person. Lloyd deeply cherished his relationships with his siblings. He commendably cared for this beloved mother until her passing and has certainly already called a family reunion at heaven’s equivalent to the Fair Grove Lions Club.

Lloyd graduated from Fair Grove High School in May 1952. In high school he played on the softball and basketball teams. After graduation Lloyd went to work at Patton’s Tastemark Creamery/Foremost Dairy, eventually running the ice cream line which his grandchildren thought was so cool. Lloyd enjoyed playing on the company’s softball and bowling teams. In September 1986, the business closed, and Lloyd traveled across town to Hiland Dairy. He worked for Hiland until his retirement in October 1993.

Lloyd met his love, Rebecca Anne Icenhower, on a blind date in February 1954. Asked by a friend who was looking for a date for her date’s brother, Rebecca said yes only to learn just before that her friend had became ill and was unable make the commitment. So, Rebecca joined Lloyd and his brother Bill, having never met either of them, on an outing to a donkey basketball game. After a short courtship, Lloyd and Rebecca were married on March 27, 1955 and together they wrote a 65-year love story. Later in their marriage, Lloyd purchased a 1950 Chevrolet Hardtop, exactly like the one he and Rebecca had courted in, as a gift to his bride.

In 1957, Lloyd and Rebecca were blessed with their son, Gregory. Lloyd raised Gregory as he was raised: with hard work and high expectations. Lloyd and Gregory spent much time together mowing, bailing hay, feeding cattle and hogs – doing all the work first-class. There are many retold stories from family road-trip vacations. When Greg married Tonette in 1981, Lloyd and Rebecca gained a daughter. Greg and Tonette gave Lloyd seven grandchildren who would bring great joy and always a new story to share with friends.

In 1959, Lloyd, Rebecca and young Gregory, established a large hog operation north of Springfield. Lloyd maintained the farm even while working full-time at the dairy plant. Farmhands became close, family-like friends to Lloyd and Rebecca. His grandchildren remember fondly three-wheeler rides around the farm and trips on the riding lawn mower, and the older boys remember helping to put up hay – something that really could impress their city friends at school. Lloyd and Rebecca built their dream home in 1997, with Lloyd closely overseeing the contractors almost daily.

Lloyd oversaw the operations of his parents’ farm after his mother became unable, realizing just in the last year it was time for ownership to transfer. Any observer could see, on the day of the farm equipment auction, cherished memories were running through Lloyd’s head. For an even-keel man, emotions were not always shown, but they were obvious to those closest to him.

Lloyd was a member of the Southwest Missouri Early Day Gas Engine & Tractor Association (EDGETA) Branch 16. His expansive collection of both toy and real Allis-Chalmers tractors was nothing less than impressive. Lloyd thought orange tractors were the best. He traveled to tractor shows across the country but looked most looked forward to the Fair Grove Fall Festival and Heritage Reunion. At the parade he’d present as many of his orange tractors as he could, of course wearing orange too and tossing Tootsie Rolls to the crowds.

Lloyd and Rebecca were Drury University Lady Panther and Panther boosters and delighted in cheering on and backing the basketball teams. They often traveled with the team to ensure they had great support on the road, once joining the team in Hawaii.

Lloyd never left a reason to question his integrity or commitment to his personal values. He was a straight shooter and honest in his opinions. Decency and taking pride in one’s work and self was important. He demonstrated tireless work ethic, even to a fault. He is remembered by his large extended family as the prayer leader at all gatherings.

Lloyd is survived by his wife Rebecca Ann, son Gregory Lloyd and his wife Tonette, seven grandchildren and six great grandchildren: Shawn Eagleburger (Chase Sechrist) and son Erik, Brett Eagleburger (Amy) and children Lincoln and Lynli, Alyson Schmidt (Corey), Emily Brinkmeyer (Chadwick) and daughters Caroline and Eleanor, Audrey Bolden (James) and daughter Ada James, Abby Martin (Jonathon) and Dr. Erica Lawrence (JR). He is also survived by siblings Dean Eagleburger and his wife Donelle, Don Eagleburger, Shirley Farrell and her husband Bill, Larry Eagleburger, sisters-in-law Gloria Eagleburger, Joetta Eagleburger and brother-in-law Richard Icenhower and his wife Regina, and a host of nieces, nephews, grandnieces, grandnephews and their spouses, both Eagleburgers and Icenhowers, including those who brought him incredible joy by their interest in learning to be careful and respectful farmers.

Funeral arrangements will be overseen by Greenlawn Funeral Home East, 3540 East Seminole Street in Springfield. Visitation will be Friday, February 19 from 5 to 7 p.m. and a funeral service Saturday, February 20 at 11 a.m. both at the funeral home. Burial will immediately follow the service at Mount Olive Cemetery in Dallas County.