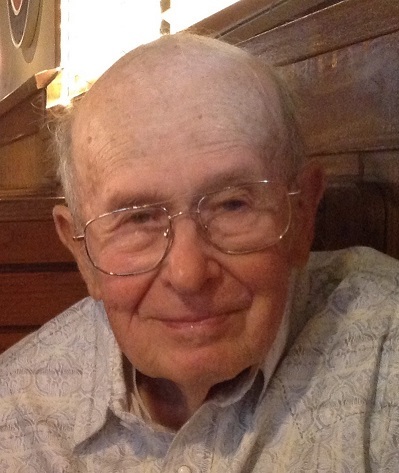 Lloyd R. Chandler, 88 years old, went on to be with his Lord and Savior on Saturday, December 28, 2019 at Mercy Hospital.

Lloyd was born on July 22, 1931 outside of Topeka, KS to Henry R. (Jack) Chandler and Grace Myrtle Chandler. They then moved to Springfield, MO while he was a young child. After attending school and starting his career in Springfield he met and married the love of his life Bertha Owens on June 21, 1954. From this union and to this union they were blessed with eight children.

Lloyds career path started with 13 years at Tasty Bread in Springfield, he then moved the family to Rockford, IL where he worked at Amrock for 6 years before returning back to the Springfield area and retired from Reyco Industries after 22 years. Upon retirement he then moved to Pomme De Terre Lake where he enjoyed time with his grandchildren, fishing, church activities, reading western books and watching John Wayne movies.

He was preceded in death by his parents, his wife Bertha in 2012, his eldest daughter Patricia and twin infant brothers.

The family wishes to extend our sincere thanks to the Mercy nursing staff, doctors and other staff members. The family would like to give a special thanks to Jessica Estes.
Funeral services for Lloyd will be on Thursday, January 2, 2020 at Greenlawn North in Springfield, MO with the visitation at 1:00 and the service following at 2:00 at the funeral home and graveside services will be on the grounds.
The service will be officiated by grandson Rev. Doug Phillips.