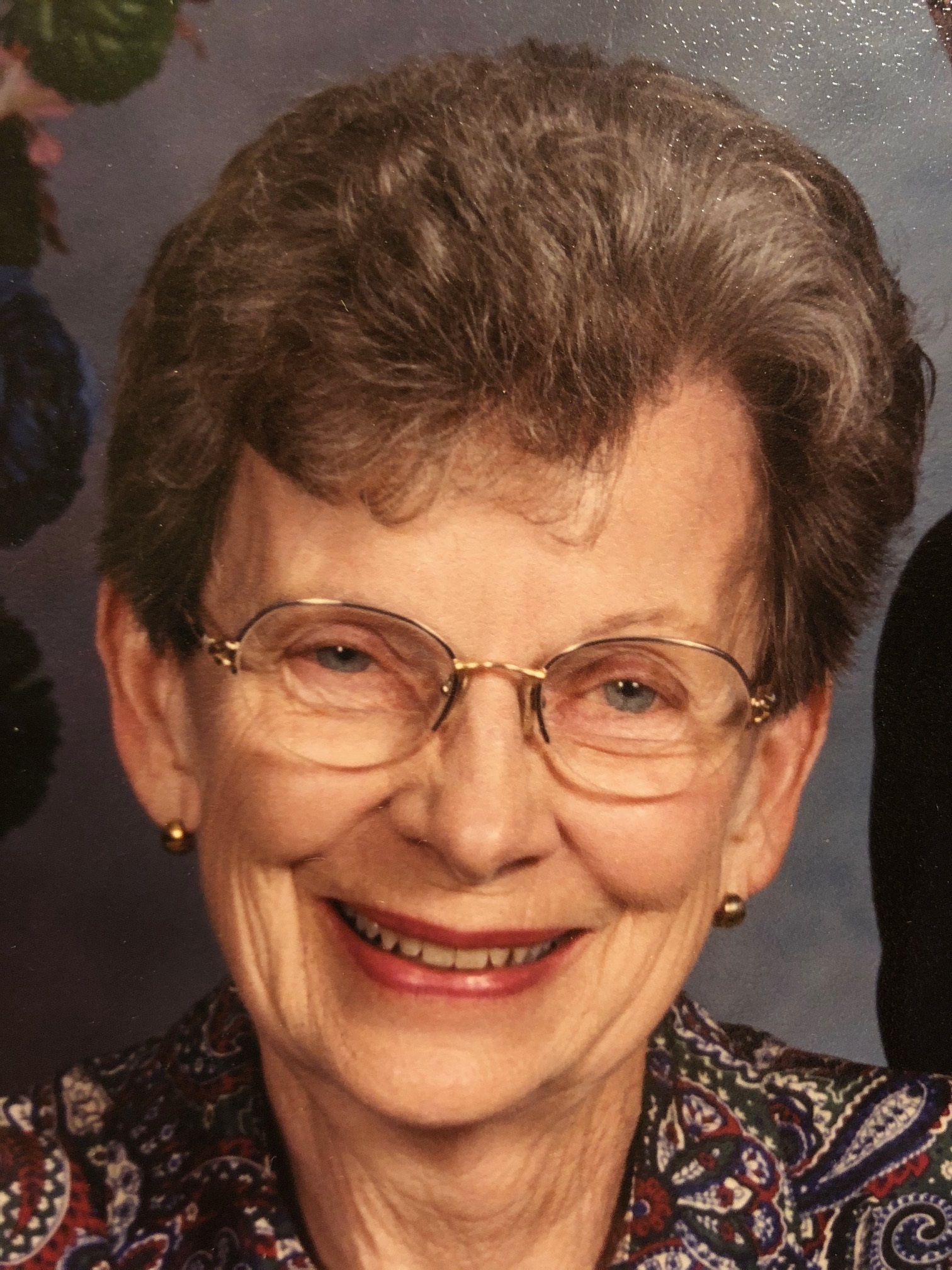 Mary Lovena Fortner, age 88, passed away on December 11, 2019 at Maranatha Village in Springfield, Missouri, following a short struggle with cancer. Lovena was born May 31, 1931 in Pleasant Hope, Missouri to Nellie Pauline (Collins) Sechler and Raymond Grove Sechler, Sr. Lovena was preceded in death by her husband Dan, her son Michael Kent Fortner, her parents, and her brother Raymond Grove Sechler, Jr.

Lovena’s sixty-six years of marriage to Dan were adventuresome, starting with a vagabond lifestyle. They pulled a thirty-seven-foot trailer with a 1949 International Pickup to multiple locations while Dan worked for Western Electric. Vena must have wondered what she got herself into as they moved at least five times in one of those early years. Her sons, Mike and Chris, were both born during that time, and Vena frequently recalled being pregnant with Chris during the record-breaking (un-airconditioned) heat wave of 1954. In 1958, the trailer settled into its last site in Rolla, Missouri where Dan and Lovena opened their first A&W drive-in restaurant. Following the birth of their youngest, Danna, they settled permanently in Springfield, Missouri. Lovena enthusiastically supported Dan through a multitude of business ventures including the introduction of Pineapple Whip to the Springfield community. During the time that Dan worked as the Ozark Empire Fair Director, Lovena was instrumental in the planting and maintenance of flower beds all over the fairgrounds. Lovena and Dan traveled the United States, Canada, and the Caribbean Islands during Mike, Chris, and Danna’s childhood years.

In 1974, the family moved to “The Farm” and called this home for the next 40 years. Lovena enjoyed her more relaxed life there where her favorite past times included bird watching, gardening, cooking, canning, helping with the calves and burros, and spending time with her grandchildren, who gladly lent a hand to these down-home projects. After their children were grown, Lovena and Dan continued to travel, but coming home to the Farm was what fulfilled both of their lives.

Lovena was strong in her Christian faith which comforted her in her final weeks of life. She was content and spiritually prepared for death. When she and Dan moved to Springfield, they began attending High Street Baptist Church and were involved with the college ministry for many years. More recently, Vena and Dan worshipped at Berean Baptist Church. Both churches were the source of fellowship, worship, and lifelong friendships.

Lovena is survived by her son Chris Alan Fortner and his wife Shaveen; daughter Danna Fortner Grear and her husband Tim; daughter-in-law Diana Bernet Fortner, wife of Mike; and her sister-in-law Patricia Sims. She is also survived by grandchildren and great grandchildren including Nathan Fortner, his wife Rachel, and their children Truman, Faye, Alice, Helen, and Graham; Zachary Fortner, his wife Jenn, and their children Sloane and Merrick; Anthony Fortner; Molly Grear and her husband Ben Hughey; Daniel Grear; Cariel Sembler Grove, her husband Whitney, and their daughter Peyton; and Jordan Sembler. Additionally, Lovena is survived by extended family including her niece Jennifer Bennett and her nephews Mark Sims and Stan Sechler.

Lovena’s life truly embodied the Fruit of the Spirit – Love, Joy, Peace, Patience, Kindness, Goodness, Faithfulness, Gentleness, and Self-Control. Lovena’s life will be celebrated with a visitation from 6-8 pm on Thursday, December 19 at Greenlawn Funeral Home North and a service at 2 pm on Friday, December 20 at Berean Baptist Church. Graveside services will follow at Greenlawn Cemetery.