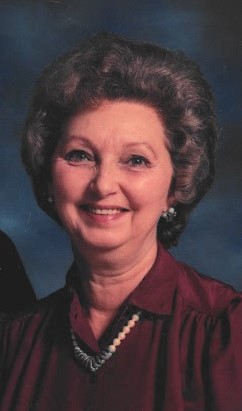 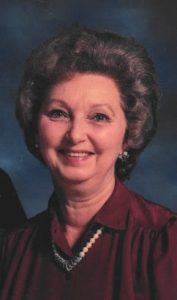 Margie Lucille Turner, age 89, of Springfield went home to be with her Savior on Tuesday, August 2, 2022, at James River Nursing Home.  Margie was born October 22, 1932, in Strafford, Missouri, the daughter of Clarence and Catherine Crippen. She was united in marriage to Henry Eugene Turner on January 16, 1949.  To this union 4 sons were born, Steven Eugene, Michael Ray, Billy Lynn and Barton Lee. During her younger years she taught Sunday School and was Superintendent of Vacation Bible School and has many precious memories of young people giving their lives to God at North Star Baptist Church in Strafford, Missouri.  In 1972 she began working at Lily Tulip and worked there for 14 years.  After leaving there she began managing real estate property and apartment houses.  She retired when she was 75. She is survived by her sons, Steve (Linda) Turner, Billy (Karla) Turner, Bart (Jenny) Turner and daughter-in-law Lynette Turner. Her Grandchildren Tammy (Preston) Dalton, Chad (Erica) Turner, Brad (April) Turner, Angie (Jerrod) Taylor, Rachael (Jake) Potter, Amber Wise, Dustin Turner, Bart Turner II and fiancé Brittany, Kaitlyn (Clay) Underwood, Cody Jeter and a host of great grandchildren. She was preceded in death by her husband Gene, son Mike, daughter in law Brenda Turner, her parents Clarence and Catherine Crippen and brothers Abby Crippen and Chester Crippen.