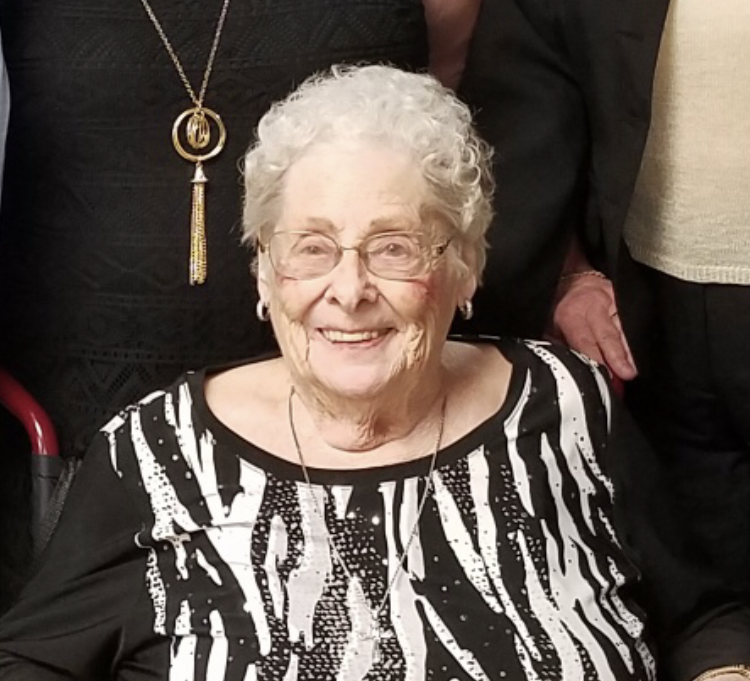 Marian Norma (Lee) Williams, 92 years, peacefully passed away due to respiratory complications, Tuesday, January 26 at Mercy Springfield Hospital.  Her children were at her bedside and she was able to say good-bye to her grandchildren and extended family via a zoom call.  Marian was alert and singing gospel hymns on the last day of her earthly journey.  Marian was preceded in death by her parents, her husband of 73 years Edward Williams, her daughter Pam who passed away in 2020, grandson Johnathan in 1983.

Marian was born to Robert Edward Lee and Eula Serilda Barnes on June 6, 1928 in Jenks, Oklahoma. She was the third child of four born to the couple before Robert and his brother’s Leonard Cephas Lee and Homer Carl Lee were killed in a Katy Trail Railroad train-car collision in Albion, Oklahoma in 1931.  Robert and Leonard worked for the Gypsy Oil Company and Homer was in college at the time of their death.  The accident left 7 children without a father.  As a result of the depression plaguing Oklahoma, Marian along with her younger sister Wanda and two older brothers, Leonard and Bobby resided at the Odd Fellows Home for children in Carmen Oklahoma for a few years.  Upon Eula’s marriage to John Mack Pearson, the children were joyfully reunited with their mother and new father in Tulsa.  Despite the tough economic times, Marian learned to play the piano. Two more children, Jerome and Judy were added to the family in 1940 and 1942. Marian attended Tulsa schools until 1946 when she moved to San Diego, California to live with cousins.  Her cousin introduced her to a strapping young Marine veteran named Edward Williams.  The two rode Ed’s Harley Davidson motorcycle to the Courthouse in San Diego and were married.  Edward and Marian settled in Plattsmouth, Nebraska where they had two children, Pamela and Randy.  They moved to Topeka, Kansas and had two more children, Gary and Patti.
Marian became a registered nurse in 1970. The family relocated to Missouri for several years before moving to Anaheim, California where they owned and operated Wood Fumigation and Termite Control, until returning to Springfield Missouri to retire, in 1991. Marian lived a wonderful service oriented life.  She loved the Lord, her family, friends, and her pets.  Marian would call her family on birthday’s and play the piano while singing to them. Everyone who met Marian instantly loved her.
Marian is survived by her brother Jerome Pearson and Judy Parks of Tulsa, Oklahoma; her children Randy of California, Gary and Patti Melton, of Willard, MO. 12 grandchildren and  32 great-grandchildren and a large extended family who will miss her very much.
Funeral services will be at 1:00 p.m. Saturday, January 30, 2021, at Greenlawn Funeral Home North. Visitation will be from 6:00 p.m. to 8:00 p.m. Friday, January 29, 2021, at the funeral home. Private burial will be Monday, February 1, 2021, at Missouri Veterans Cemetery. In lieu of flowers, the family suggests memorial donations to the Abou Ben Adhem Shriners Travel Fund for The Hospital Dads: 601 St. Louis St. , Springfield, MO. 65806.