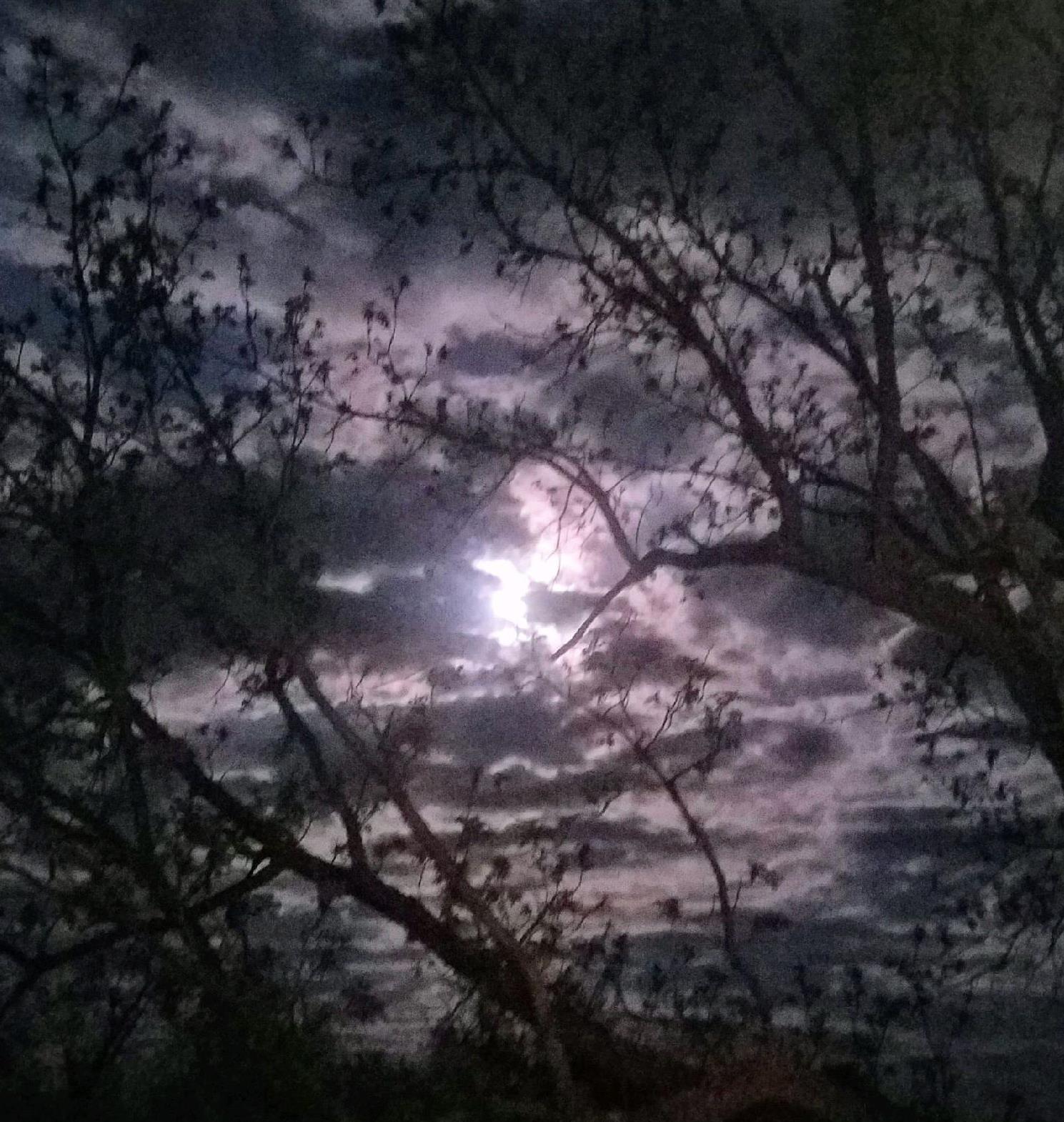 Marie was saved December 2, 1939, at home and joined Halfway Missionary Baptist Church, and baptized in Hominy Creek, nineteen were baptized and they had to break the ice to baptize.

As of late Marie was attending Bethlehem church on her farm, of which two of her grandchildren, Lisa and Matthew were saved.

Marie graduated from Halfway High School, worked in K.C., KS at North America Bomber plant until it closed.   She was a “Rosie”; a member of the American Rosie the Riveter Assoc. She wanted to join the Army with her two brothers during WWII, but they wouldn’t let her, so she went KC to work at the Bomber plant to do her part and that is where she met Glenn. Glenn wasn’t able to join the Army either so he went to work there to do his part. She later worked as cashier at Southwestern Bell Tel. Company until moving to Halfway, MO, to the farm in 1949. They owned a Flea Market store in Hermitage, MO, of which she ran after Glenn’s death in 1991, until 2015.

Marie loved her family, friends, customers, flowers, garden and animals, but most of all her Heavenly Father who saved her soul!

Funeral services will be held at 10:00 AM Saturday, May 9, 2020, at the Bethlehem Missionary Baptist Church Halfway, MO, with Bro.’s Donald Bybee and Stanley McCoy officiating. Burial will follow at Schofield Cemetery. Friends and family may call at their own convenience Friday, May 8, 2020, from 1:00 PM until 8:00 PM at the funeral home. In lieu of flowers memorial contributions may be made to the Schofield Cemetery. Online condolences may be made at: www.greenlawnfuneralhom.com. Arrangements have been entrusted to Pitts Chapel Bolivar, MO.