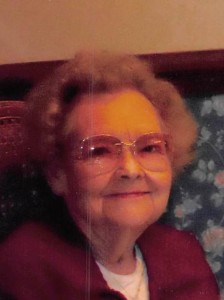 Marilyn Jean (Hickle) Rooney, 88, passed away Sunday, June 19, 2016, in Springfield, MO.
She was born April 21, 1928, in Galesburg, IL, to Henry Hickle and Drusella (O’Harra) Hickle. She attended Galesburg schools until her senior year when she moved with her parents and younger sister, Ann, to Ottumwa, Iowa, where she graduated in 1946.
On March 28, 1948, she married John Robert Rooney in Ottumwa, Iowa. After living in both Georgia and California, they returned to Galesburg, IL where John worked at Gale Products and Marilyn was a homemaker. They were members of Calvary Assembly of God in Galesburg.
After his retirement in 1984, John and Marilyn traveled for nearly twenty years with RV Maps Volunteers of the Assembly of God, working mainly in Missouri, Texas, and California.
In the late 1990’s, they moved to Battlefield, MO to be near their two sons, Steve and Mark Rooney and their families, as well as other extended family members. While in Battlefield, they attended Battlefield Assembly of God and later Central Assembly of God.
In 2012 they moved to The Waterford in Springfield, a senior living facility. In 2014 Marilyn moved to Lakewood, an assisted living facility. She enjoyed the activities there and made several good friends.
Preceding her in death were her parents, her sister, Ann Davis, and one son, Mark Rooney.
She is survived by her husband John who is currently in Mt. Vernon Veteran’s Home; her son Steven and wife Sharon of Springfield; five grandchildren Heather Rooney McBride and husband Ben of Springfield, Megan Rooney Thompson and husband Josh of Bixby, OK, and Kyle, Katie, and Kolten Rooney of Springfield. She is also survived by one great grandchild, Cora Ann McBride, and many nieces and nephews.
The visitation will begin at 10 a.m. with funeral following at 11 a.m. on Monday, June 27, at Greenlawn Funeral Home East in Springfield, MO. Interment will follow immediately at Greenlawn Memorial Gardens in Springfield.