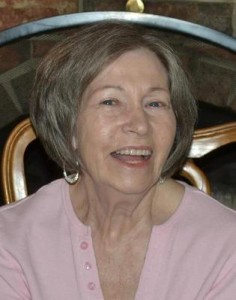 Marjorie Joan Nicholas-Steffke, 71, of Springfield, MO/Pine Bluff, Ar., passed away Monday, March 2, 2015. She was born in Forest City, AR., on October 4, 1943. She was owner and operator in retail sales. Marjorie was preceded in death by her brothers, Robert, Leo, Clarence and Reid Dice, sister, Eva Donaldson, and both her mother and father, Lavenia and Bart Dice. She is survived by her husband, Robert Steffke, son, Todd Crow, daughter, Jan Crow-Green (Cindy). One grandchild, Melissa Limberg (Jason)and one great-grandchild, Devlyn Limberg. Also surviving her is a brother, Richard Dice (Rose), a sister, Jean Wallace, and many other nieces, nephews, other relatives and close friends.
A memorial service will be held at 2:00 PM in the family’s home on Friday, March 6, 2015.