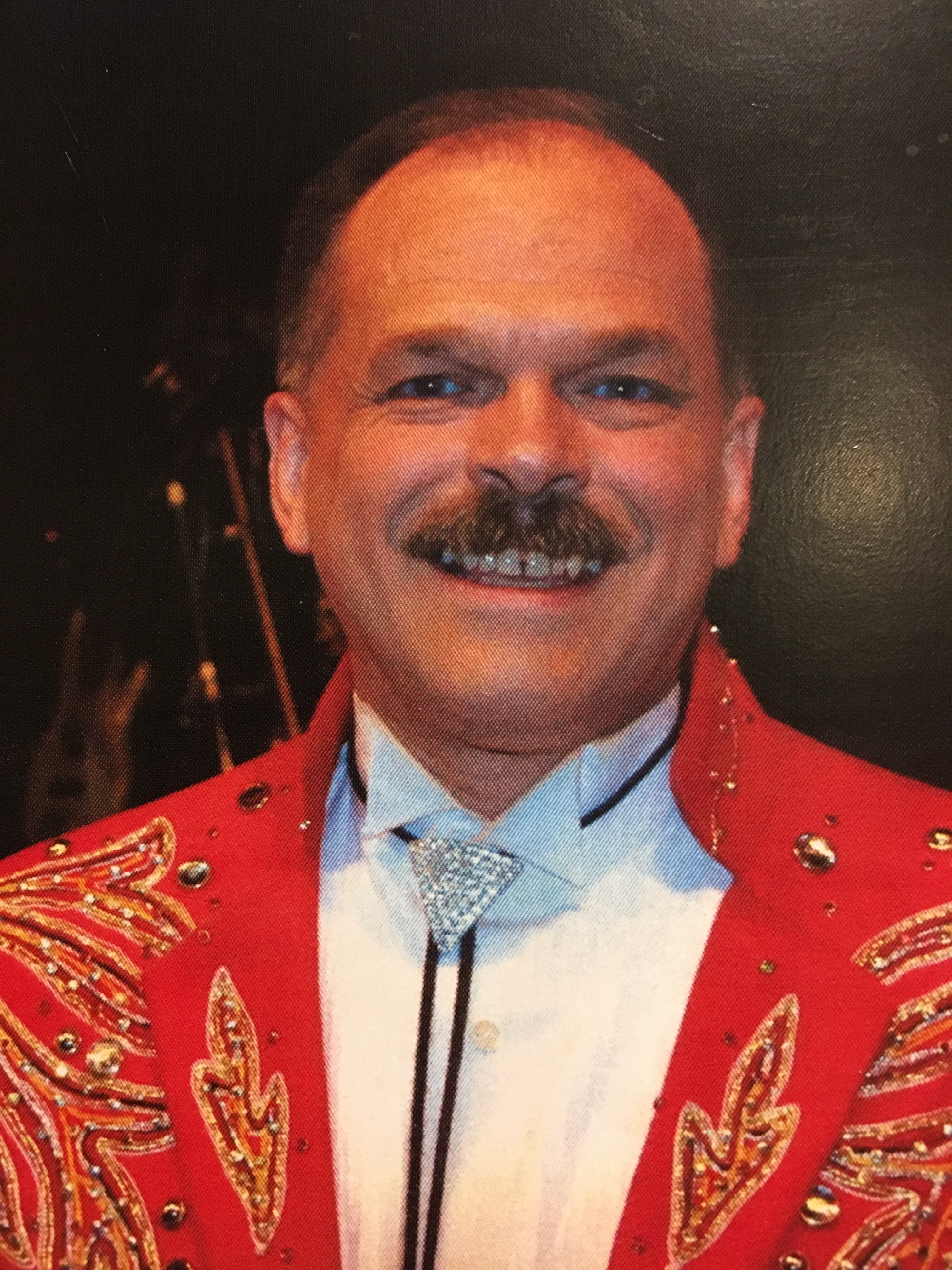 Mark Mancel Walker, age 59, of Branson, passed away at his home on Thursday morning, March 7, 2019. Mark was born on December 26, 1959, at Nevada, Missouri, the son of Mancel Eugene Walker and Mary Blanche (Gay) Walker. Mark attended the ElDorado Springs School.
Mark had a love and talent for music and following that love, he travelled for many years and later settled in Branson, Missouri in 1986 to continue that passion. Mark described himself as an entertainer, a musician, a magician and a computer tech.
Mark left High School to travel with the Straub Family, which included USO tours. He later also travelled with the Britton Brothers before moving to Branson. His first job in Branson was with the Ozark Mountain Amphitheater. After that, he was welcomed as part of the family at Presley’s Mountain Music Jubilee, where he stayed for 27 years. He suffered a stroke in August 2014 from which he never fully recovered. After his stroke, he continued to live in Branson, enjoying visits with friends and family and sharing memories.
Mark first attended Fairview Community Church with his family and was saved and baptized at an early age. He had a heart for God and held worship/prayer services at local venues. He was a member of Freedom Fellowship Church.
Preceding Mark in death were his parents, Eugene and Mary Walker, along with his grandparents, Arch and Fleeta (Dodd) Walker and Arthur and Hazel (Pettijohn) Gay, Uncles, Arthur Gay Jr, Charles Gay, Ronald Reynolds, and Joseph Green and an Aunt, Irene Gay.
Survivors include his sister, Karen (Walker) and Daniel Gleich of Oak Grove, MO, one niece, Julie Gleich, of Independence, MO and two nephews, Joseph Gleich and Jacob Gleich of Oak Grove, MO. He also leaves behind three aunts, Elaine Reynolds of Jerico Springs, MO, Ruth Green of Jerico Springs, MO and Gretchen Demby of Independence, MO. He also leaves behind many cousins and second cousins, as well as numerous friends.
Funeral services for Mark Walker will be held on Wednesday, March 13, 2019 at 1:00 p.m. at Greenlawn Funeral Home, with Pastor Scott Presley officiating. Interment followed on Thursday, March 14, 2019 at Brasher Cemetery under the direction of Bland-Hackleman Funeral Home.
Pallbearers are: Daniel Gleich, Joseph Gleich, Jon Ashley, Greg Reynolds, Brett Presley and Zachary Presley. Honorary pallbearers are: Jacob Gleich, William Ashley, Zachary Reynolds, Kenny Fields, Jeffrey Gay, Charles Porter.