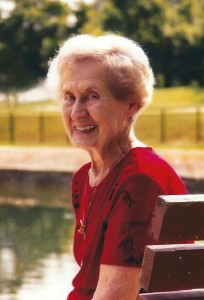 Mary Elizabeth McDowell was born May 16, 1926, and died May 18, 2016, at age 90. Beth will be greatly missed by her family and many friends.
Mary Beth Ross was reared in Willard before attending State Teachers College (MSU). She married Jack McDowell on October 19, 1947, and moved to Strafford.
Beth substitute taught in the Strafford Schools for many years and owned Beth and Jack’s Restaurant from 1959 to 1964. Beth was active in Strafford Methodist Church and the Sigma Kappa alum chapter. She never missed the activities of her grandchildren, and enjoyed attending MO State basketball and Cardinals games for 60 years.

In lieu of flowers, memorial contributions may be made to Strafford United Methodist Church or Evangel Temple Christian Center Building Fund.