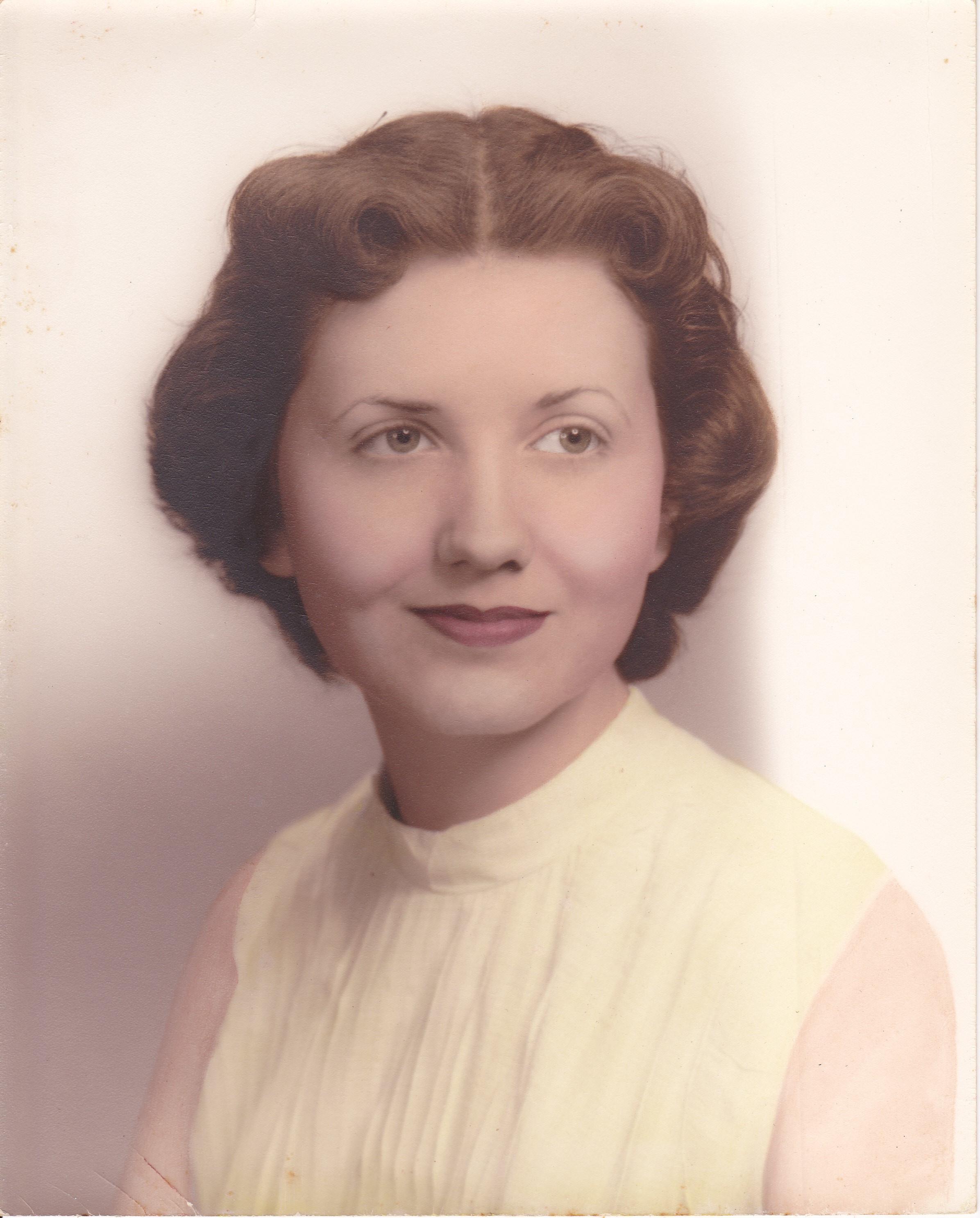 Mary had a thirst for learning, from her time at Oak Grove elementary through her graduation from Rogersville High School to an immensely enjoyable year of college at SMS. Mary had every intention of becoming a teacher, but fate intervened when Grandma Tull came for a visit, and insisted on going to church. The congregation they chose was Rogersville Church of Christ, where a young Bruce Veteto was the preacher. Friendship turned into courtship, and in 1954 Bruce and Mary were married in Wheaton, MO. The ceremony was a surprise to the congregants, who were told to stick around for a wedding right after Sunday morning services! The young couple went from Wheaton to Independence, MO, where their daughter, Robin Elizabeth, was born. From there, Bruce’s preaching took them to Wichita, Kansas, when their son, Jefferson Bruce, made his arrival. A missionary assignment took the family to chilly Brookings, South Dakota, and the next move was to Springfield.

Mary worked for a few months at Frisco Railway in Springfield in 1964, and it was she who got Bruce a job there, even though he was technically considered “too old!” That job turned out to be his for about 25 years.
While Bruce stayed on at Frisco, Mary was quite content to be a stay-at-home housewife. She was an impeccable housekeeper. She actually dusted every day, vacuumed often, painted the house inside and out many times, and fixed delicious meals three times a day. It was her belief that meat must be served EVERY day, and there was a homemade dessert after every supper.
As the children grew older, Mary went to work at the Benjamin Franklin store in Springfield. Later, Mary worked at St. John’s Hospital as a switchboard operator. She was an absolute professional, and it was a treat to visit the hospital and hear her melodious voice paging the doctors.

Three things were adamantly important to Bruce and Mary Lou as they raised their children: The importance of church: a never-miss proposition. Ever-present music: the stereo frequently playing, typically either classical music or soundtracks from musicals. Later, it was the sound of Robin playing the piano that filled the house. And education: it was unthinkable that either of her children would not go to college. They both did, and both earned the degrees she wanted so much for herself.

Mary and Bruce enjoyed many years at their residence in rural Rogersville, transforming a barren 5 acre field into a virtual arboretum. As Bruce and Mary got older, they decided that the upkeep of a 5 acre yard was a bit much, so after a short stint in Springfield, their last home was at Piper Point in Rogersville. There they enjoyed a smaller yard, yet with a beautiful home, which Mary enjoyed decorating. Their home in the Leabrooke neighborhood was identifiable by its beautiful flowers.

Visitation will be 1:00 Friday, December 20, at Center Point Church of Christ near Rogersville, followed by memorial services at 2:00. Burial will be at a later date at Smith Cemetery in Rogersville.
Memorial donations may be made to Fair Haven Children’s Home in Strafford, MO.