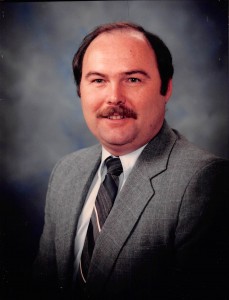 Michael David Campbell passed away on January 2, 2015 at Mercy Hospital surrounded by family. He was born on January 10, 1951 in Pratt, Kansas to Russell and Dorothy Campbell. In 1969 he married his wife, Wanda and they had their only daughter, Michelle. Mike was a hard working man who worked at Interstate Brands Co. for 42 year where he retired from in 2012. He enjoyed golfing, baseball games, Harley Davidson Motorcycles and woodworking. He loved spending time with his grandchildren and great grandchild, teaching them valuable life lessons. He was preceded in death by his father, Russell Campbell. He is survived by his wife, Wanda Graves Campbell, his mother, Dorothy Campbell, his daughter Michelle Cologna and her husband, Andy, Two grandchildren, Jacob Cologna and Kelsie Peppel and her husband Steven. One great granddaughter, which was his entire world, Lillian Cologna or “Little Lil”. One Brother, Russell Campbell and his wife Susan, one sister, Lynda Young and her husband Lewis, many nieces, nephews, family and friends that loved him. A memorial service is planned for Monday, January 5, 2015 from 6:00pm to 8:00pm at Greenlawn Funeral Home East.
In lieu of flowers, donations can be made to A Sporting Chance, P.O. Box 11337, Springfield, MO. 65808.