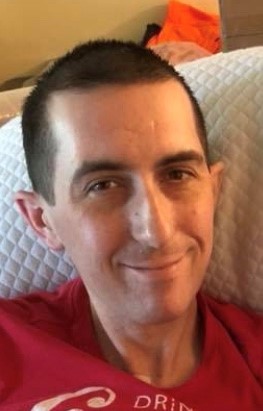 Michael was born on Thanksgiving Day, November 23rd, 1978 in St. Louis to Porter and Janet Wiseman and grew up in Wentzville and Plato,Mo.

He left this world for his heavenly home at Mercy Hospital on June 13, 2019.

He was a 1997 graduate of Plato High School, 1999 Rolla Vocational school and 2002 Research Medical Center in Kansas City. His bachelor’s degree was from Drury.

He was united in marriage to Julie Jackson on July 17, 2004 and to this union 4 sons were born Samuel-13, Eli-10, Silas-6 and Titus-18 months. Michael loved his family and enjoyed spending time with them and friends.

Michael worked for Mercy Hospital in Springfield as a Nuclear Medicine Technologist and loved his job and co-workers. He previously worked for Cox Hospital, Cardinal Health and OCH.

He was saved at a young age, had a deep abiding faith and was actively involved in his church.

Visitation will be at Greenlawn Funeral Home East on Sunday, June 16th from 2 to 4pm, 3540 E. Seminole, Springfield Mo. and Funeral services will be Monday, June 17th at 10am at Second Baptist Church, 3111 E. Battlefield Rd. Springfield, Mo.

Family request in lieu of flowers that a contribution be made for Michael's children's college fund.
Make checks to Rick Jackson or Julie Wiseman and mail to:
US Bank
3230 E Battlefield ST
Springfield, MO 65804