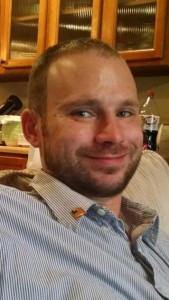 Michael Steven Ireland, age 31, of Springfield, MO, passed away Tuesday, February 17, 2015. He was born May 13, 1983, in Springfield, MO, to Steven and Barbara (Harville) Ireland. Michael loved many things in life, rap music, animals, going to the lake, riding four wheelers, but his greatest love was spending time with his family, especially aggravating his sisters.
He was preceded in death by one brother, Christopher Glen Ireland, two uncles, Terry Ireland and Robbie Ireland; paternal grandparents Margaret Westmoreland and John Westmoreland, and Glen Ireland; maternal grandmother, Beverly Harville. He is survived by his father, Steven R. Ireland and wife Pennie, Stockton, MO; his mother, Barbara Ryan and husband Ronald, Springfield, MO; three sisters, Brittany Ireland and son Sebastian Ireland, Tualatin,OR, Chenelle Ireland, Stockton, MO, and Cristi Stockwell and husband Bryan, Nixa, MO; his fiancee, Morgan Greenhaw, Springfield, MO; three uncles, William Harville, Duane Harville, and David Westmoreland and wife Nikki, all of Springfield; one aunt Gretchen Ireland, Riverside CA. and a host of family and friends. Michael was loved and will be greatly missed.
A memorial visitation will be held from 2-5 p.m. on Sunday, March 1, 2015 at Greenlawn Funeral Home North. In Lieu of flowers memorial contributions may be made to Greenlawn Funeral Home to help defray funeral expenses. Services have been entrusted to Greenlawn Funeral Home North, Springfield, MO.