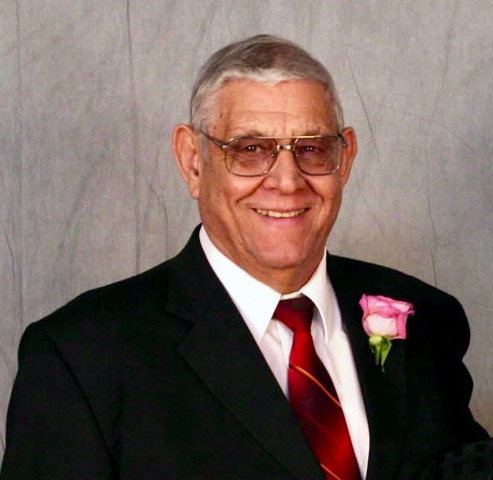 Mike Lee Marrello
October 14, 1928 - August 7, 2020
Print
Email
Service
Greenlawn South Funeral Home
Mike Lee Marrello, 91, Springfield, MO passed away peacefully August 7, 2020. Mike was born in Carona, KS on October 14, 1928 to Tony and Rose Marrello. He had one younger sister, Marie Brown, who preceded him in death in 2019. Mike married the love of his life, Alberta Marie Kiel, August 18, 1956. Alberta passed August 3, 2018. Mike and Alberta were happily married for 63 years. For 50 years, Pittsburg KS was their home. In 2007, they moved to Springfield, MO. They had four children, eight grand children, and three great grand-children.
Mike loyally served his country in the Army during the Korean War. He was sent to Germany where he served as a medic and platoon leader to his men. He was honorable discharged, March 25,1953, ranking as Corporal.  After the war, Mike attended college graduating with a major in Chemistry and a minor in Mathematics. He was employed by Gulf Oil Corporation which became Chevron. He worked in the explosives division until his retirement. He helped to invent a Plastic Slurry Explosive the company then used in the mining of rock and gravel. He was a dedicated employee and a very hard working man. He took great pride in providing for and taking care of his family.
Mike taught himself how to play the accordion at a very young age, and was exceptional at doing so. We all have many fond memories of him entertaining us. Mike also loved fishing, gardening, and passed down these skills to all of his children and grandchildren. He was notorious for his green thumb and had a beautiful garden every year. He could fix just about anything. He mastered using a computer and absolutely loved making personalized special greeting cards for every occasion. After retirement he found that he enjoyed cooking. He also liked watching all of his old favorite TV shows and movies. He had a fantastic sense of humor and was always cracking jokes and making funny faces, especially when it was time for a picture.
Mike is survived by his four children whom respected and loved him dearly. Oldest son Jim and wife Mary Marrello, Lenexa, KS; two grandsons Eric and Adam Marrello, Adam’s wife Briana, great-grandson, Owen and great-granddaughter, Lucia. Oldest daughter Cathy Smieshek and her husband Jeff, Springfield, MO; two granddaughters, Kayla Miller and Kristin Smieshek. Kayla’s husband Nicholas and great-grandson, Kane. Karen Hart and her husband Rob, Dalton City, IL; two granddaughters, Mallory Stoecker and Madison Hart. Mallory’s husband Gavin. Brian and his wife Susan Marrello, Westwood, KS; two grandsons Rocco and Luca.
A small service will be held at Greenlawn Funeral Home, 441 Battlefield Rd.  Springfield, MO 65807 at 2:00pm Saturday, September 12, 2020.
To sign his  guest book, share a memory or send condolences, visit greenlawnfuneralhome.com