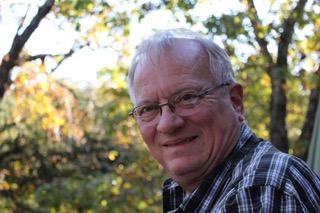 Arthur Lee Hudkins 73, of Battlefield, Missouri passed away on Thursday, May 7, 2020 at Cox South Neuro ICU. Arthur was born August 5, 1946 in St. Charles, Missouri to the late Virgil Neil and Emma May (Hopkins) Hudkins.

He grew up in Gladstone, Mo and graduated from North Kansas City High School.
Art received his Bachelor of Arts Degree from Harding University in Searcy, Arkansas. After graduation he entered the Army. He spent 14 months in Vietnam in the 1st Cav Division as a forward observer.

After his service he earned his Masters Degree in Radio and Television from Syracuse University in New York. His Juris Doctorate was earned at the UMKC School of Law. After graduation from law school he worked for the FCC in Washington, D.C.before moving into private practice in Springfield, MO in 1978.

He served on the Zoo Board and was legal counsel for Missouri Broadcasters Association as well as Springfield Ad Club. Art served as an elder at Sunset Church of Christ in Springfield and helped with the church plant in Brookline where he was serving as an elder until his death.

He is preceded in death by his parents Virgil and Virginia Hudkins, his sister, Donna Lynn Hudkins Robinett and father-in-law, Frank B. Curtis.

A memorial service will be held at the Brookline Church of Christ when the COVID restrictions are lifted. Burial will be at the Missouri Veterans Cemetery. Dates and times will be posted when available.

Memorial contributions can be made to:
Online giving link: