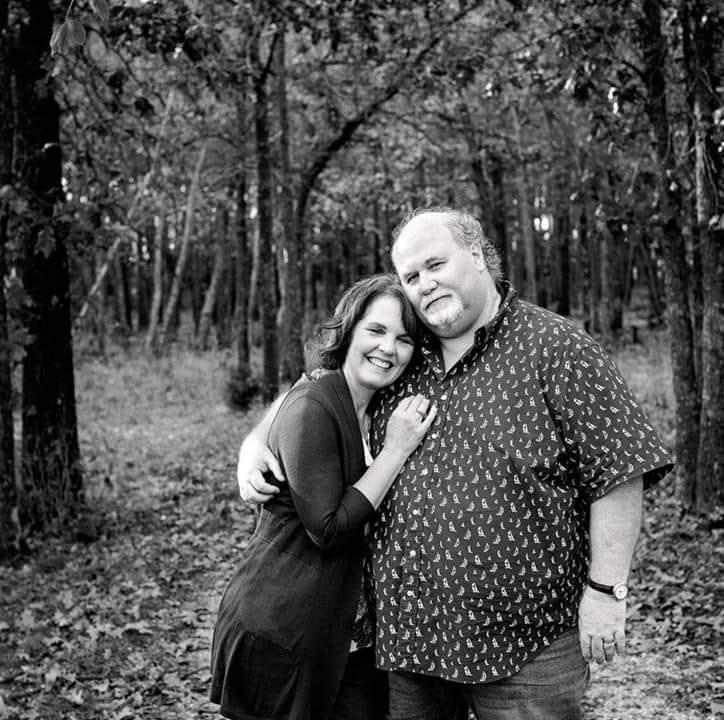 Martin (Marty) Lee Phillips was born February 8, 1960, in Springfield, Missouri, to Patricia (Martin) and Lee Phillips.  Marty graduated from Parkview High School in 1978 and earned a bachelor’s degree from Southwest Missouri State University (now MSU) in Computer Information Systems in 1988. He began his career at Bolivar Insulation Company, then worked for BancTec (now Jack Henry), St. John’s Hospital, and finally Mercy Health Systems (for the last 13 years).  Marty is survived by his wife of 37 years, Sheri Phillips; daughter and son-in-law, Alisyn and Joshua Van Note and their children, Madelyn, Jude, and Rylin Van Note; son and daughter-in-law, Michael and Katrina; mother, Patricia Maples; and sister, Angela Larabee. He also leaves behind so many loved extended family and friends. His father, Lee Phillips, preceded him in death.

Due to the unique challenges surrounding the COVID19 crisis and city ordinances, we are postponing a Celebration of Life gathering. As an alternative for now, we would like to share some reflections of Marty’s life.

The following qualities, passions, strengths, and loves hardly do justice to the man Marty Phillips was, but we will do our best to share with you the pieces that made him up, the parts of him he cared about most.

Principle to Marty’s life was his career. As a family we would joke that if there was a sixth love language for Marty it was working (serving, helping, supporting, and being responsible for the systems which saved others’ lives). Knowing that his career path of information systems would be one he could never master, he enjoyed the challenges of strategizing, prioritizing responsibilities and solving the complex problems others couldn’t fix, and doing his part to help his customers; he served them well to nearly the very end. Marty was a Lead Business Analyst where he maintained the IT infrastructure to keep software for pharmacies in the Mercy system working. His career, though important in his life is not the legacy he leaves.

The legacy Marty leaves is his ability to connect to others and bring others together through his many collected passions (music, chess, fantasy sports, cars, etc), and by those he loved.

Everyone who ever knew Marty heard him talk about his passion for good music. Marty could hear the intricacies of sound, he set up playlists and songs for every memory and life experience, and it was his joy to share those with others. He was active on so many music chats and groups online, getting to know people personally whether or not he actually met them in person. As a tribute to him, our family has gotten together and made a playlist of many of the eclectic songs and bands he loved so much (and it hardly scratches the surface of his extensive library of music), our dear family friend, Aaron Hardinger made this playlist available for all to listen to: https://open.spotify.com/playlist/7z2Weh59AIgFL2uqjGbFpS?fbclid=IwAR1wQMHCh050XMD36vxupi9C0iKFoZW1cBBc8ypUpWf57UWJT4ExdWb-kec

In the last several years Marty also returned to an old love of cars specifically his 1968 Camaro in burgundy (his favorite color). Though not racing his Camaro as he did while a teenager, he continued to share his car-loving experiences with new friends as well as with his son Michael and daughter-in-love Katrina, through the thrill of car shows. Marty moderated a 1st gen Camaro website allowing others the space to share their stories of their own Camaro car-love. The very last car show he participated in was Evangel University’s 2019 Homecoming show. In October 2018, he earned an award for Alumni’s Choice, Best in Show.

Marty loved chess. He played it throughout his life, taught first by his dad, then Sheri’s father, Stan Kean, and went on to play competitively. Marty played chess through Springfield Park Board Chess Club and online, where his brilliant mind would play a whole strategy game in his head, calculating the benefits and consequences of each move before he ever made it. He loved the challenge of making himself better. He was active in running the club, hosting and playing in tournaments, and maintained a monthly newsletter at one point. But, as was the running theme throughout his life, mostly he built friendships that lasted a lifetime.

Not just a passion, but a deep, resonant love, Marty loved his Savior. He had a deeply grounded faith, firmly committed to The One who sustained him.  He was profoundly impacted by Dietrich Bonhoeffer’s Cost of Discipleship and lived under a looming suspicion that, as Americans, we may never truly be able to understand what that even means. He believed deeply in the mission of our little church, Solid Rock, and was a thoughtful and persistent voice early on, articulating important questions and outcomes. His whole life, he never went along with the status quo and didn’t hesitate to speak out. While he questioned so many things, he never once questioned the existence and love of God.  Marty knew he had a unique ability to connect with those outside of the church, and took that mission field seriously.  His purpose was to get others to think…to think about their beliefs, their actions, their words.  Early in this disease, Marty declared to his wife, “Ok. I’ve got it. Number 1: Jesus. Number 2: You. Number 3: the kids. That’s the order.”  We can picture him with Jesus, asking ALL of the questions, and maybe getting ALL of the answers.

Among all of the others, Marty’s greatest joy in this life was his family. Marty took care of his family; he kept them close, loved wholeheartedly, connected them to those with similar interests, and helped every chance he could. Marty never shied away from telling Sheri every time he could how much he loved her, bought her gifts, and bragged about her many accomplishments. Marty loved Sheri most, there was no question about it, not even to him. He was fiercely loyal to those he loved and sought to understand and continue to connect with them, even those he couldn’t see eye-to-eye on life’s perspectives with. As a result, Marty and Sheri hosted annual events for holidays, birthdays, anniversaries, and just about any time Marty could find some time to start up the grill sun or rain (“That’s a hot fire! Just burned off my eyebrows, that’s a hot fire!”). Although he rarely used words to express his love, he used music or books to translate his thoughts and heart. His daughter, Ali remembers during some particularly hard times, Marty would pull out an old Chuck Girard Song, “Lay Your Burdens Down” and play it throughout the house. His son, Michael recalled time spent with him in the middle of the night talking about their favorite books, and insights into life. His little grand-loves were the light of his life and there were so many special memories he made with them. This was Marty at the core of him, living for moments to connect.

While the man we knew and loved encompassed all of the above passions, loves, joys, the end of his life’s soundtrack took a devastating change, which also was a part of him, or perhaps more accurately will remain a memory with us for which we would gladly prefer the above recollections.

It was on November 13, 2019 when Marty had the first seizure we were aware of as a family. The seizures continued in intensity and increased in frequency until by December 14, he could no longer work or think or reason. All of the passions he had known, all of the things he loved, including music and life experiences, were taken from him. Instead of connecting music to memory and memories to people the way he used to, as a family we were scrambling to connect symptoms to diagnosis and diagnosis to potential for treatment. On January 15, 2020, we received the terminal diagnoses of Intractable Epilepsy and Frontotemporal Dementia, FTD; as Sheri often told friends, “it’s the most hideous disease no one has heard of.” In just a few short months, Marty was not the Marty we knew anymore, each week was new, each day different.
By February 16, 2020, Marty was mostly confused, engaged in bizarre behaviors we could only hope were safe (though not all were), and thoughts never connected to time.

The morning of March 11th Marty began having seizures every 30-40 minutes; after 20 seizures we had to stop counting. Hospice nurses informed the family these seizures he would recover from. In the following six days, Marty mostly slept, but had moments of great beauty in which he talked gently, loved deeply, and ultimately went to ask Jesus all his questions in person, preceded by family and friends who welcomed him to a new soundtrack. On March 17, 2020, Marty’s earthly story ended at 12:10 pm, when he peacefully passed from this life.

As his daughter-in-love, Katrina shared on Marty’s 1st Gen Camaro website, “Marty is now driving where there are no speed limits and it’s always top down weather.” We’d like to think his music is loud, the breeze is sweet, and Marty is at peace. He might also be listening to a jazz band in the sky, or letting the breeze flow through jasmine in his mind.