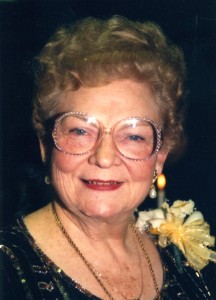 A Celebration of Life service will be held on Saturday, February 7th, 2015 at 11:00 AM at Greenlawn Funeral Home, Branson, Mo for Nora Loraine Garner age 92 of Hollister, Missouri.

She passed away on February 3, 2015 at her home in Hollister,
Missouri. Loraine was born on March 8, 1922, in Savoy, Texas to Martillus and Myrtle Baldwin. After graduating from Savoy High School in 1939, she moved with her parents to Fulton, Illinois and began her career with Fidelity Life Association. In 1964 she fell in love with the Ozarks when she married Aubrey O. Pittenger and moved to the home he built on Bull Shoals Lake, Arkansas. They later built a second home and moved to Poverty Point in Hollister, MO. In the fall of 1968 she was hired as the Alumni Executive Secretary for The College of the Ozarks. After 24 years, she retired in 1992 as the Alumni Director. It was with great honor that she was awarded the Distinguished Meritorious Service Award from the college in 1991. Aubrey “Pit” Pittenger died in 1978. She married Thomas “Coach” Garner Sr. in 1988. Loraine loved to socialize and kept active in the community. She served as a Director of the Taney County Red Cross. She was a member of Garden Club, P.E.O. IB Chapter of Branson, Taneyhills Library Club, Christian Women’s Club, and the First Presbyterian Church. She volunteered at Skaggs Health Center. Loraine’s enjoyment came from spending time with family, taking boat rides on Table Rock Lake, rooting for the Lady Bears basketball team, and traveling.
Loraine is survived by her brother, Tilly Baldwin; a Step-daughter, Evelyn Goodson, nieces, Barbara Lee Smith, Teri Mitchell, Lori Callahan, Kristi Weaver; nephews, Jim Baldwin and Dan Baldwin; and loving caregiver and friend, Lucy Booth. She is preceded in death by her parents; brothers, Wayne and Mark Baldwin; sister, Thelma Felmet and both of her husbands.
The family requests memorials be made to The College of the Ozarks and Hospice Compassus.