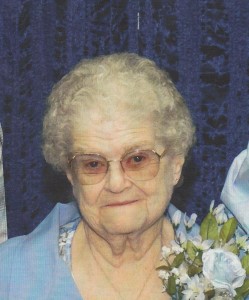 Norma Lorene (Witt) Butler died December 26, 2014 at the age of 80. She was born in Fruitland, MO, on October 25, 1934 to Leo and Edna (Keen) Witt.
On June 5, 1955 she was united in marriage to Donald E. Butler. To this union four sons were born.
She was preceded in death by her parents, Leo and Edna; her husband of 58 years, Donald E. Butler; a brother, Jerry Witt; three infant siblings; a sister-in-law, Mae King; and a brother-in-law, Larry Butler. She is survived by her four sons: Danny and wife Karen of Bruner, MO; Donnie of Springfield, MO, James and wife Loretta and Mike and wife Sharon, all of Alpena, AR; five granddaughters: Shawna Butler, Latisha Butler, Tiffany Butler, Michelle Butler and DeAnna Girten; one grandson, Donald Butler; four great grandchildren; one brother, Ted Witt and wife Shirley; three sisters-in-law: Cookie Witt, Goldie Shields and Carolyn Morris; one brother-in-law, Tim Butler; and numerous other family members and friends.
She was a homemaker, wife and mother and her family was most important. She enjoyed quilting, making dolls, crafts, crossword puzzles, Precious Moments, and loved going to Oklahoma to play slots and bird watching. She was an avid St. Louis Cardinals fan and enjoyed watching their games.
Visitation will be Tuesday, December 30, 2014 from 6:00 ~ 8:00 PM at Greenlawn Funeral Home North. Funeral services will be Wednesday, December 31, 2014 at 1:00 pm in the funeral home. Burial will follow in Green Lawn Cemetery Walnut Grove, MO. In lieu of flowers the family asks for donations to be made to Convoy of Hope, Springfield, MO.