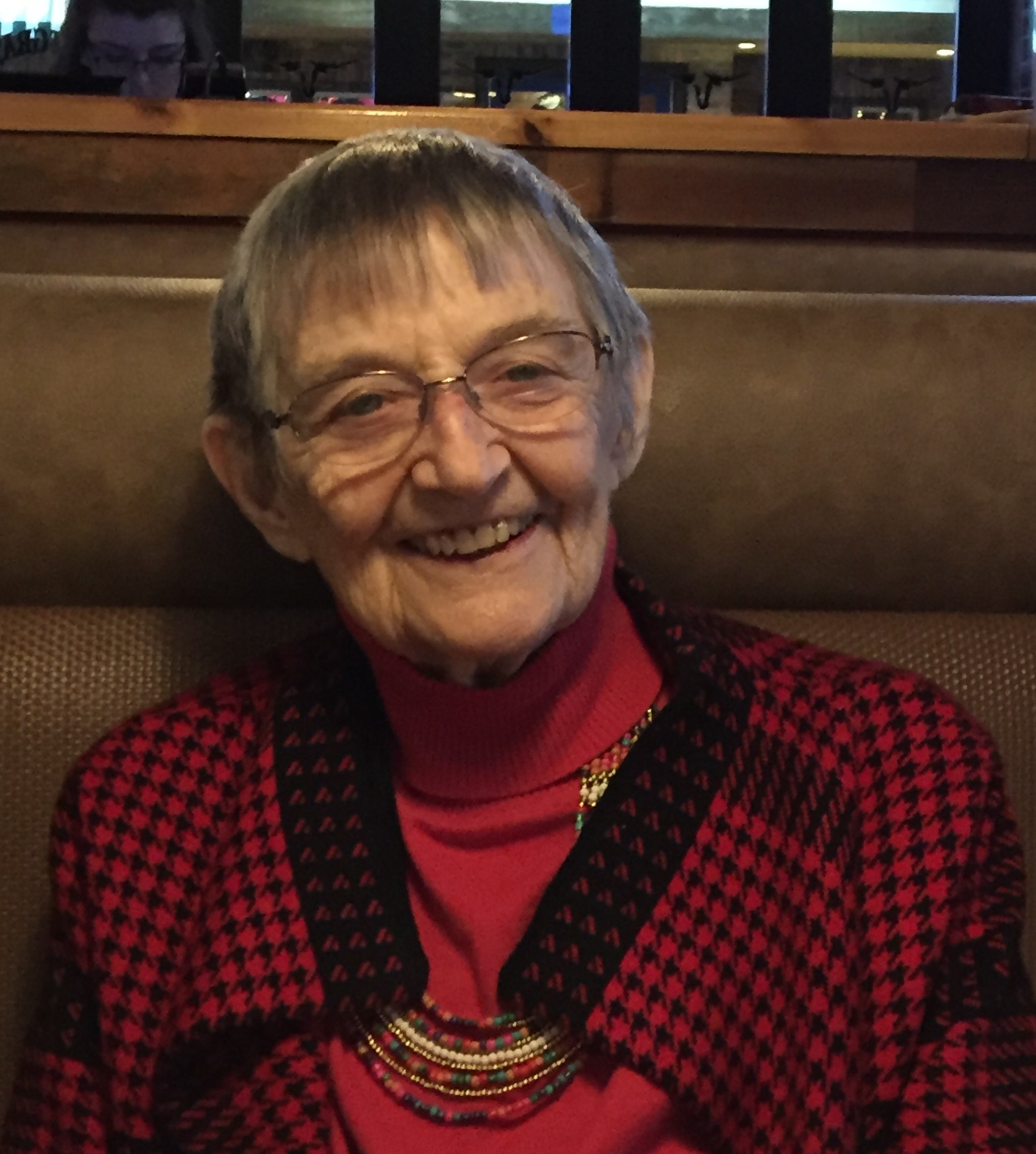 Our beloved mother, Elizabeth “Betty” Vaughn, persistent prayers to Our Heavenly Father were finally granted. Mom passed away October 22, 2019, at home with her family by her side. She was 85 years old and had been residing in Branson, Missouri for the past six years. Prior to moving to Branson, she was a longtime resident of Grandview, Missouri for 42 years.

Mom was born to the late George and Opal Rion on December 31, 1933, in Junction City, Kansas. She has an older brother, George, residing in San Diego, and as younger sister, Phyllis Harris, who preceded her in death in 2008. She leaves behind two sister in-laws, Joyce Grant of Flint, Michigan, and Betty Sutton of Traverse City, Michigan.

Betty graduated from Junction City High School in 1951 and received a BA in Nursing from Marymount College. It was in college that she met her future husband, the late SMSgt AF Donald Vaughn. They joined hands in marriage on March 18, 1955. They would be together for 59 years before God called Donald home on November 2, 2014. The fruits of their marriage gave Betty and Don six children, all living out their vocation in life. They are Teresa (Bill), Susan (Scott), Daniel (Beth), Stephen (Marda), Christopher (Kathy) and Shannon (Chris), along with 10 grandchildren, 12 great grandchildren, and many nephews and nieces. She is also survived by a dear family friend, Muddasar Husain (Shahina).

Mom leaves behind a beautiful legacy of motherhood, service to others, and devote Catholic. She cared deeply for all her children and their children, praying always that God grant them much joy and happiness and the fortitude to persevere through life’s daily challenges. Betty was an R.N. helping as delivery room nurse after graduating from college and later working in hospitals, nursing homes and later as school nurse in both public and private schools prior to retirement.

Mom’s greatest love was in Jesus Christ and her Catholic faith. She converted to the faith and was baptized and confirmed during her college years. It would be the beginning of a never-ending relationship with Our Lord.
She spent a vast majority of her life and service to God while a member of Coronation of Our Lady Catholic Church in Grandview, Missouri. She served as a lector, extraordinary minister and took the Blessed Sacrament to the homebound. Her love and devotion to Our Lord and his mother, her family, neighbor and the stranger was real and authentic.

The Rite of Christian Burial will be held at Our Lady of the Lake Catholic Church, Branson, Missouri, on Monday, October 28, at 11:00 am. Visitation will be 10:00 am. Celebrating the Mass will be Fr. David Hulshof, Fr. Joseph Kelly, and Fr. Joji Vincent. A memorial Mass will be held at Our Coronation of Our Lady Catholic Church in Grandview, Missouri on November 14, at 10:00 am.

Mom, may your soul and those of all the faithful departed rest in peace. Amen.

Memorial contributions can be made to Oxford Healthcare Hospice, local Human Society, or your favorite Catholic charity.