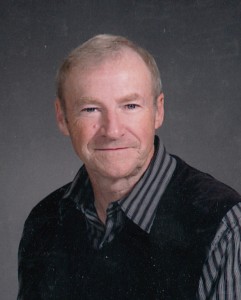 Otey Dean Asher, 67, of Willard, passed away in the presence of his loving family on August 10, 2015, for a better home with his loving Savior.
He was a loving husband to Cheryl, his high school sweetheart, for 46 years and together they were blessed with two children, Deana Renae and Derek Brandon. He was also blessed in this life with three beautiful grandchildren, MacKenzie Renae, Brayden Dean, and Kindall Avery who brought him much joy and happiness until his passing hour in his home.
Dean was a graduate of Everton High School and served 6 years in the National Guard during the 1960’s. He later became a well-known salesman and Supervisor in the health and Beauty Aids and made many wonderful friends along the way. He was an employee with Cash-Saver until his health made it impossible for him to continue his employment and forced him to retire.
He was an active member of the Sunset Church of Christ and served in the World Bible Study Ministries. He enjoyed singing church hymns with his daughter and serving the Lord with his family. He was a great influence on his daughter and grandson to become Christians.
He was not only a loving father to Deana and Derek, but also a devoted grandfather, or Pa-pa Dean as he was called. He loved his children and grandchildren deeply. No matter what was going on, he always made the time to be there for them. He always wanted to play an active part in each one of their lives. When it came to his oldest granddaughter, MacKenzie, the two of them bonded when she was a toddler over a popcorn bowl and a movie. He was her biggest fan, cheering her on in the stands when she played volleyball in school. Since MacKenzie was the oldest grandchild, she received guidance from Pa-pa through his words of wisdom whether she wanted it or not. He loved MacKenzie very much and only wanted the best for her. He couldn’t have been more proud of the career path she has chosen and the dedication she has put into her studies to accomplish her dream.
His second grandchild, Brayden, became partial to his Pa-pa when he was just learning to walk. It did not matter who was around, including his Ma-ma, Brayden only longed to spend time playing catch with his new buddy, Pa-pa Dean. While growing up, Brayden participated in several sports along the way and Pa-pa Dean was always there supporting him. It didn’t matter if Pa-pa was in the stands or on the Basketball court coaching him, Pa-pa only wanted to help him be the best.
Since Pa-pa Dean was known to be an avid golfer, he encouraged Brayden to play golf with him and before long they became quite the golfing pair. It didn’t take long before they realized they both found a sport they enjoyed playing together. He loved Brayden very much and called him, “my boy”.
His youngest grandchild, Kindall, he also supported her in volleyball as well. He was anxious to see her play on a competitive volleyball team next spring. He was also impressed how a little thing like her could have so much strength in her right arm to serve a volleyball so hard. He thought her serves were awesome. The two not only bonded over volleyball, but they also enjoyed spending precious time together fishing at the lake. It was never the size of the fish that mattered, it was always about who could catch the most. It didn’t take long before Pa-pa taught her it was okay to not only bait her own hook, but to bait her older sister’s hook as well. He loved Kindall very much and was very proud of her.
Dean was preceded in death by his father and mother, Royce and Eva; a brother, James O’Neal; and his most precious son, Derek Brandon, who passed away at the young age of 11 years due to a bicycle accident.
He is survived by his wife, Cheryl, of the home; his daughter, Deana, of Willard; his three grandchildren, MacKenzie, Brayden, and Kindall; a sister, Karen Dohle, of Springfield; two brothers, Royice and his wife Jean, of Everton, and David and his wife, Mona, of Springfield. He is also survived by his sister and brother-in-laws, Carol and Rick Beasley of Everton; Kathryn and Bill Hosman of Ash Grove; Sherri and Don Baldwin of Washington; and Beth Marlow of Ash Grove; and several nieces and nephews whom he also cherished.
Dean will be greatly missed by all who knew him.
In lieu of flowers, donations can be made to the Fair Haven Children’s Home or the American Cancer Society.
A visitation will take place on Friday, August 14, 2015, 2:00 pm at Sunset Church of Christ. The funeral will start at 3:00 pm also at the church. Burial will follow in Liberty Baptist Cemetery, Everton, MO.
All services are in the care of Greenlawn Funeral Home North. Online condolences may be made at: www.greenlawnfuneral home.com