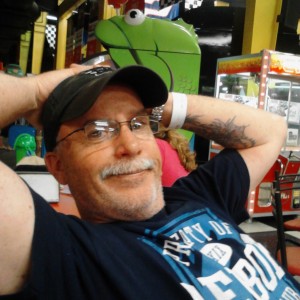 Patrick Richard West, 53, passed away Wednesday, January 28, 2015, in Springfield, MO. He was born March 24, 1961, in Liberal, Kansas, to Robert and Eloise (Bisbee) West. Pat married his wife Paula Workman on September 18, 1993.
Pat is preceded in death by his parents, Robert and Eloise West; a sister, Connie Irving; two brothers, Gary and Dwayne Carter; and his wife’s parents, Joe and Wanda Workman.
He is survived by his wife, Paula Workman West; his children, Nicole West, Joseph Monteer, Cody West, and Emily West; his grandchildren, Lily West, and Riley Monteer; his sister, Kathy West; his brother, Michael West; his brother in-law, Robert and Patty Workman, his sister in-law, Shelly and Ron Mixer, and many nieces, nephews, cousins, aunts, uncles, and friends.
Memorial services will be held Saturday, January 31, 2015 at 2:00 p.m. in Greenlawn Funeral Home South with a visitation one hour prior.