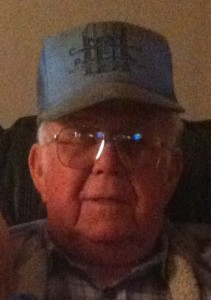 Paul Edward Price, 72, of Springfield, went to be with the Lord on April 23, 2015.
Paul was born November 28, 1942 in Springfield to George and Lula Price. He is a 1960 graduate of Strafford High School. He was a custom builder in the Springfield area for over 40 years. He enjoyed spending time with family and friends.
He is survived by Vivian, his wife of 50 years; children Pam (Harold) Williams, Kevin Shine, Katy (Steve) Quinn, Tim Price, Robin (Scott) Symmonds, and Sheri Price; grandchildren Joshua Williams, Michael Quinn, Erin Quinn, Austin Price, Ty (Sarah) Symmonds, Jeff Symmonds, Dallas (Dixie) Richardson, and Dakota Richardson; great-grandchildren Nora, Zoe, Allyssa, and Kyle Symmonds, and Kloie and Bo James Richardson; and one brother. He was preceded in death by his parents; five brothers; a daughter, Marcia Jo Price; and a grandson, Jarrod Williams.
Visitation is Monday, April 27 from 6 to 7:30 PM at Greenlawn North. Graveside services will be Tuesday, April 28 at 11:30 AM at Free Union Cemetery, Leota, Missouri.
In lieu of flowers, donations may be made to the American Diabetes Association.