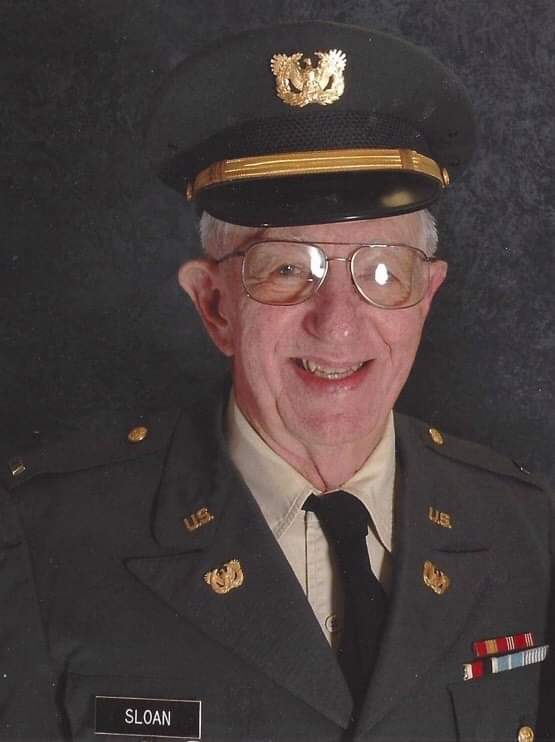 Paul E. Sloan, age 90 of Willard, Missouri, passed away Wednesday, September 23, 2020. He was born on January 27, 1930 in Springfield, Missouri at Burge Hospital to Charley and Grace (Hyatt) Sloan. Paul would go on to graduate from Willard High School in 1946 and married his beloved wife of 67 years Kathryn (Thompson) Sloan. After the loss of his first wife Kathryn he was blessed to marry his second wife Anita (Hartly) Sloan on October 27, 2018 in Willard, Missouri.

Paul worked for his family’s dairy, Sloan Dairy, as well as enlisting in the Army National Guard. He was called to active duty service during the Korean Conflict and served a combined total of 34 years as a Chief Warrant Officer 3 (CW3). Paul served the Lord as diligently as he served his country. He was a lifelong member of Glidewell Baptist Church and a generous benefactor to many charities. He was a 4H Volunteer, a member of the board of the Mid-American Diary Association and held the #1 spot for three years for Top Producing Holstein in Missouri and Top 5 dairies for production in the State of Missouri.

Paul was an avid maker of homemade ice cream but still loved trips to Braum’s. He loved to travel and exercise and he adored his family and was very proud of them all.

He is preceded in death by his parents Charley and Grace, his brother Don Sloan and wife Vivian, his wife Kathryn and their daughter Paulette Kay Woolsey. He is survived by his second wife Anita, son Paul Ray Sloan and wife Marcia, son-in-law Bill Woolsey; grandchildren, Robb and LaDonna Woolsey, Scott and Lisa Sloan, Chad and Kristie Woolsey, Andy and Donna Sloan, Cory and Pepper Woolsey, Brandy and Tommy Mullins; 13 great-grandchildren; many beloved children and grandchildren of his wife, Anita Sloan, and a host of nieces, nephews, and cousins who were very loved.

He never knew a stranger and loved them all.

The family has chosen to have a community gathering, with full military honors, on September 27, 2020 at 1:30 p.m. at his river property. The river property is adjoining to Paul’s home, located at 5962 North Farm Road 117 Willard, Missouri 65781, please follow signs from this address.

In lieu of flowers the family has asked that donations be made to Glidewell Baptist Church.

A private family interment will follow at Robberson Prairie Cemetery.