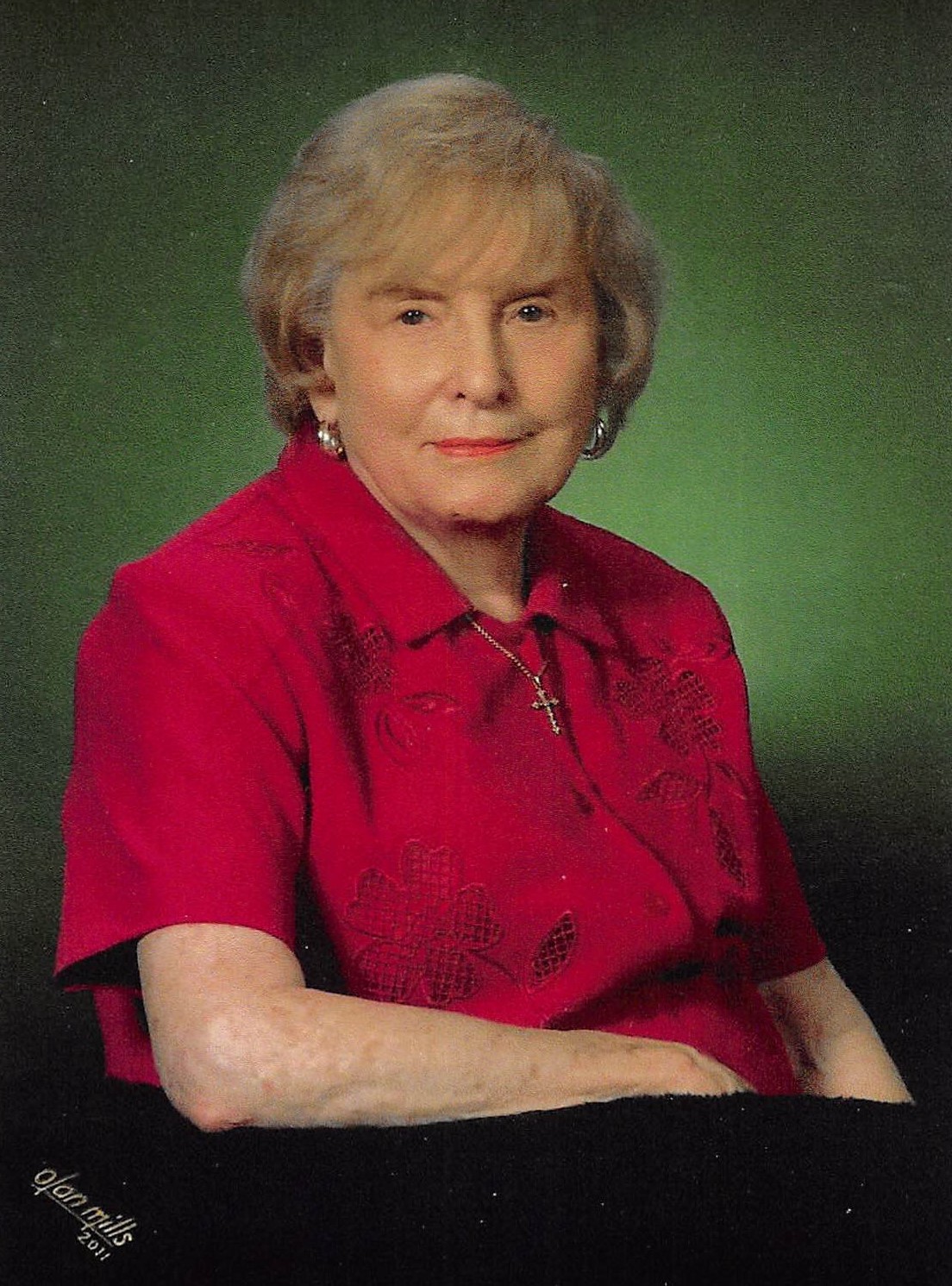 Pauline Inez Lankford was born July 8th, 1925 to Meda (Stoneking) and Paul Martin near Urich, Missouri in Henry Country at her grand-parents’ home.

She was blessed with a happy childhood as an only child. However, she had two cousins, Laverne and Deanie, who were also children who acted as substitute sisters to each other, which completed her family. She was raised on a dairy farm with chores to attend to each day.

Pauline attended a one room school through the eighth grade. She walked one and a half miles to and from school daily. After graduating, she attended Butler High School in Butler, MO. Where she enjoyed acting in plays, was a member of the pep squad, and was involved in many activities, and met wonderful friends, that she had for a lifetime.

After graduating from high school, she did office work in Kansas City, later meeting Harold, back on leave from the Navy. After a brief courtship of six weeks, they married in San Diego, CA on January 4, 1946.

Pauline was happy raising her children, helping with Girl Scouts, Boy Scouts, Team Mother for Koury League, PTA Council, and room mother when needed. She attended Florissant Valley Junior College while the children were in school.

In later years, Harold and Pauline traveled as a hobby, they traveled to seven countries in Europe, Hawaii, Mexico, Victoria British Columbia, Canada, and all the states in the U.S. but two, Alaska and Maine.

Pauline was an avid reader of all kinds of literature, she enjoyed decorating her home, cooking, creative writing courses, volunteering with the school, church, and nursing homes, and keeping up with family and friends.

Pauline was baptized into the Baptist church at the age of 9, where her dad was a deacon. Pauline and Harold were active in it until 1970, when they moved to West St. Louis, there they joined Manchester United Methodist Church, where they we active. When they moved to Springfield in 2004, to be closer to family, they joined Wesley United Methodist Church.

The family would like to express their appreciation to Township Senior Living, Republic Rehab and Nursing, and Preferred Hospice for their excellence, compassion, and caring for Pauline.

Graveside services for Pauline will be at 1:00 pm, Monday, November 2, 2020 at Oak Hill Cemetery, Butler, MO. In lieu of flowers, memorial contributions may be made to Wesley United Methodist Church or Preferred Hospice of Ozark. Funeral services have been entrusted to Greenlawn Funeral Home South.