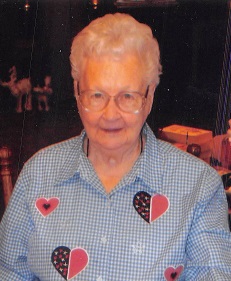 Pauline (Gardner) McMillian
After 93 years, my journey on earth ended on April 20, 2016. Pauline(Gardner)McMillian was born on January 16, 1923 near McKinley, MO in Lawrence county to Alva D and Ella Etta (Head) Anderson. I grew up in Willard Mo and graduated from Willard High School. I married Raymond Gardner on November 27, 1942 he passed away in 1969. After his passing, I married Franklin McMillian on October 15, 1978, he also preceded me in death in 1987. I have been a farm wife and lived near Fair Grove MO all of my married life. I will be remembered as the secretary of Union Grove cemetery for over 35 years and enjoyed visiting with many friends and neighbors on Decoration Day. I was predeceased by my parents, a much loved step-mother, three brothers, Bill, Leonard and Clarence Anderson, three sisters , Ida McMillian, Ethel Ellison and Alberta (Herbert) Stepp. I want to extend a special thank you to Al Ellison, Donna Buckner and Debbie Clopton for the special care they have shown me over the last several years. I am survived by my sister Velma Norton, three step-daughters, Yvonne Stanke, Deborah Phillips, Nancy Lee and their families. I am survived by numerous other relatives and friends whom I dearly loved.
Friends may call after 3pm at Greenlawn North Funeral Home on Friday April 22, 2016. The funeral will be at Greenlawn North on Saturday April 23, 2016 at 1:00pm. Burial will follow at Union Grove Cemetery northwest of Fair Grove Mo.
Written by Pauline