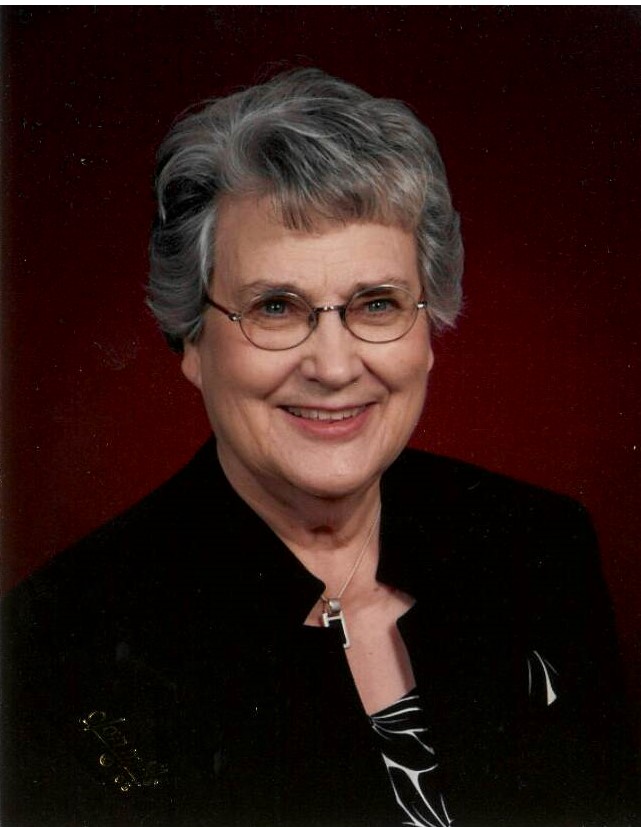 Peggy (Hazel Johanne) Musgrove, age 89, passed away peacefully Saturday, May 9, 2020, surrounded by her family, after a courageous battle with cancer. She was born August 14, 1930, in Garden City, Kansas, to Joseph Vyron (Pete) Collins and Hazel Hester Smalley. She married James Derald Musgrove on June 29, 1951, in Garden City. He preceded her in death in December 2012. Peggy consistently said throughout her life that her two most important decisions were accepting Jesus as Lord and Savior, and marrying Derald Musgrove.

Peggy attended Garden City Junior College for two years, was a graduate of Central Bible Institute and Wichita State University with a degree in English education. She was a licensed Assemblies of God minister. Derald and Peggy pastored Assemblies of God churches in Eureka, Elkhart, and at Bethel and First Assembly, Wichita, Kansas. Peggy also served as AG Kansas district official’s wife, and as Women’s Director for AG Kansas.

In 1994, Peggy was appointed national Women’s Ministries Director for the Assemblies of God in Springfield, Missouri, where she served until 1998.

Throughout her lifetime, Peggy traveled the nation—often saying she had visited every state except North Dakota—and Canada, Central and South America, Europe, Africa, and the former U.S.S.R, as a sought-after Bible teacher and speaker. Peggy was known for her down-to-earth practicality, her ability to think clearly, her sense of humor, and her deep insight into the Word of God. Above all, she was known for her ability to love well.

Peggy served for 14 years as the first woman on the Evangel University Board of Trustees. She also served on the board of Highlands Maternity Placement Services and Hillcrest Children’s Home, (now CompACT Ministries), Hot Springs, Arkansas. She was a member of Central Assembly of God, Springfield, Missouri, for over 25 years.

Peggy was also a published author of several books, Who’s Who Among Bible Women, Pleasing God, Praying Always, Musings of a Maraschino Cherry, joint author of Unlimited Bible Studies for Today’s Pentecostal Woman, and her final trilogy, Gathering Wisdom, Gaining Knowledge, and Getting Understanding. Her last two books were written as she went through cancer treatment, as a gift to her extended family.

Peggy is preceded in death by parents Pete and Hazel Collins; brothers, Dale, John Eldon (Jack), and Joseph Leon; and her husband Derald Musgrove. She is survived by her two daughters and their husbands, Darla (Knoth) and Rick; Diane (Awbrey) and David; and three grandchildren, Colin and Christopher Knoth, and Grace Awbrey, one sister-in-law, Donna Collins, two brothers-in-law, Roger Musgrove, Donnie Musgrove and a host of nieces and nephews, and many friends throughout the world.

Please join us in celebrating the life of Peggy Musgrove on Saturday morning, May 16, from 10 a.m. to 12 noon, for visitation at Greenlawn East funeral home, 3540 East Seminole. Greenlawn is mindful of the current need for social distancing, and will allow groups of twenty-five into the visitation area at a time. A private family burial will follow. Memorial contributions can be made to the General Fund at Evangel University, 1111 N. Glenstone, Springfield, MO 65802.