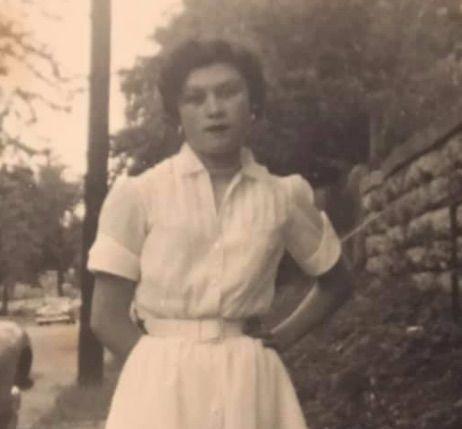 Peggy Ann Trent was born Aug. 4, 1936, to Dotty and L.P. “Shorty” Robertson in Almartha and departed this life Wednesday, Oct. 2, 2019.
Peggy grew up in Ava and was the oldest of 11 children. As the oldest, she had the responsibility of helping her mother care for her brothers and sisters — who she always said she loved like her own children. In her free time, she loved to read, garden and sew.
She was united in marriage to Jim Trent on Jan. 1, 1956, and they were blessed with four children. They spent the early years of their marriage in California before settling in Brighton.
Peggy was preceded in death by her husband, Jim; her parents; two sisters, Esther Martin and Candy Lane; and three brothers, Junior Robertson, Raymond Robertson and Henry Robertson.
Peggy is survived by her children, Randy Trent, Shane and Jackie Trent, Iris Trent and Sara and Stephen Skopec; grandchildren Brandi Gingrich, Caleb, Ryan, Seth, Kathryn and Kyle Skopec, Alexis Trent, Kylie and Cody Clopton; great-grandchildren Allie Satterfield and Brynly Gingrich; four brothers and spouses, Leonard and Sharon Robertson, Gary and Regina Robertson, Glen Dale and Theresa Robertson and Claude and Sherry Robertson; one sister and spouse, Dede and Bill Arington; sisters-in-law Beth Robertson, Dalene Robertson and Marilyn Robertson; and numerous nieces and nephews.
She will be greatly missed by a host of friends and other relatives.
Per her wishes, no services are planned. A private family service will be held at a later date.