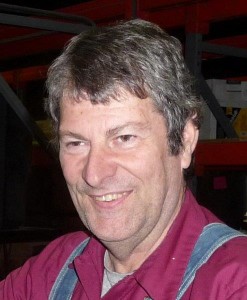 Philip L. McElroy Sr. was united in marriage to Nona (Cotter) McElroy on December 9, 1974. They were married 40 years.

Philip Sr. was Vice-President of Midwest Window & Door Corp. He had worked full time in the family business in various capacities for 45 years, serving as Plant Manager the last 40 years. He enjoyed farming and brush hogging. He called his Black Angus cattle “His Girls”. He was a member of Southside Church of Christ, Ozark, MO.

Special Thanks to Heather, Erin, Mary Ann and Faith at Hospice Compassus and many others.

Memorial donations in his memory may be given to Fair Haven Children’s Home, Strafford, MO.