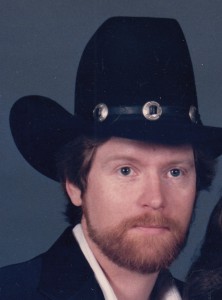 Randall Allen Tummons, 60, passed away January 25, 2016. He was born May 6, 1955. Randy was the youngest son of Vaughn and Golda Tummons. He attended Marion C. Early school all twelve years. He was saved at the age of 19, and later joined Tin Town Missionary Baptist Church and was baptized in the Pomme de Terre River. He was still a member of that church. He is survived by his wife, Betty, of the home, his daughter; Erin and husband Jay Tiegs, one step-son; Arthur Brockman, three grandchildren; Phoebe, Samantha, and Paige. He is also survived by his mother, Golda Tummons, one sister; Peggy Watson, two brothers; Ken Tummons and his wife Judy, and Dennis Tummons, and several nieces and nephews. He was preceded in death by his father, Vaughn Tummons. Visitation will be Friday, January 29, 2016, 6:00-8:00pm, at Greenlawn Funeral Home North. Funeral services will be Saturday, January 30, 2016, 2:00pm, also at Greenlawn North. Interment will be in Rose Hill Cemetery, Willard, MO.