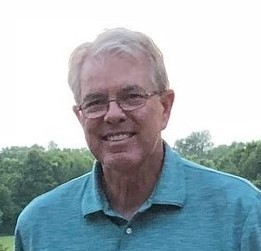 Randall Joe Pruett was born December 3rd, 1952 in Clinton, Missouri to Bob and Ruth Pruett. He graduated from Parkview High School in 1970 and received his bachelor’s degree in Industrial Engineering from SMSU in 1974. Randy worked several different jobs in manufacturing in Texas, Iowa, and Carthage, Missouri before moving to Springfield in the late 1970’s. In 1982, Randy joined the Springfield Fire Department where he would serve as a firefighter and EMT for 23 years. On his days away from the firehouse and even after retiring from the fire department, Randy worked as a general contractor, building and remodeling homes around Springfield. He completed more than 1000 remodeling projects over a 35-year career. In addition to building, Randy bought and sold rental property around the Springfield area. Outside of work, Randy loved to play golf, vacation at the beach in Florida, participate in a bowling league, and spend time with his grandkids or his friends. He also loved playing cards and watching sports on TV. He was humble and kind, an honorable man who was always willing to lend a helping hand.

Visitation is at noon with a funeral service at 2:00 pm at Greenlawn Funeral Home on North National Avenue on Wednesday, September 18th in Springfield, Missouri. Randy’s family suggests contributions to the American Cancer Society or to the City of Springfield’s Employee Crisis Fund in lieu of flowers.