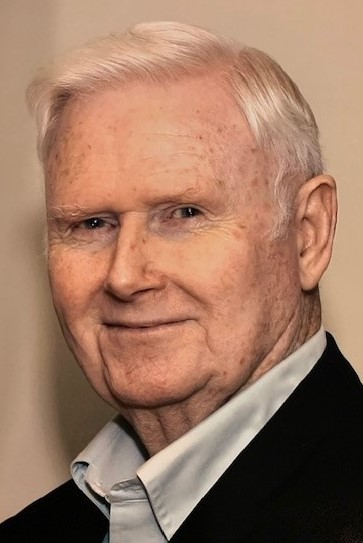 Ray Eldon Fite was born October 4, 1937, in Exeter, CA, the son of William Homer Fite and Mary Bessie (Stockton) Fite. He passed away peacefully at his home in Springfield, MO on September 20, 2022, surrounded by family and loved ones.

Ray’s family lived in California and Missouri. But the decision to permanently locate to Missouri came after he and Carol June (Wynkoop) were married on February 17, 1958. He then pursued his education at Drury University and the University of Missouri at Columbia followed by many hours of continuing education as he kept up with the changing needs of his career.

Ray’s heart was really in serving the Community in the field of law enforcement. He began his career with the Springfield, MO Police Dept in March of 1968 completing his basic Police School Training the following month. Ray was promoted to Criminal Investigations Division Detective in May of 1977. And in May of 1982 he became a member of the Special Investigations Unit.  He was with Springfield Police Department until Oct of 1995, when he moved to the Ozark, MO Police Department serving in the rank of Captain and as the Deputy Chief. He retired in 2007 but quickly came out of retirement to serve the town of Sparta, MO as Chief until he finally did retire.

Ray was a Believer and often gave credit to his Christian upbringing for the blessed life he enjoyed.  Saved as a young child he was regular in church most of his life. After their marriage Ray and Carol settled in the Springfield, MO area and attended Macedonia Baptist Church. As time went by, Ray and Carol were drawn to the Assemblies of God. Soon, they found Battlefield Assembly and quickly became an integral part of the inner workings of the church. They were members together of the church and held responsible positions, faithfully serving the Lord and His Church.

In passing to be with Jesus, Ray joins loved ones who have gone on ahead; His parents, William Homer Fite and Mary Bessie (Stockton) Fite; both brothers, Ron Fite, and Ferrell Thomas Fite; a Grandson, Eli McReynolds.

Those who remain to mourn his passing are: His wife, Carol (Wynkoop) Fite; His sisters, Patricia Welsh, and Ruth (David) Smith; a son Don Fite; a daughter, Teresa McReynolds; five grandchildren and twelve great grandchildren.

As a grateful community lays a true hero to rest, we say thank you, Ray, for your many years of service!

Services will be at 11:00 am Monday, September 26, 2022 at Greenlawn Funeral Home East with interment following at Eudora Cemetery Eudora, MO. Visitation will be from 10:00 to 11:00 am prior to the service.