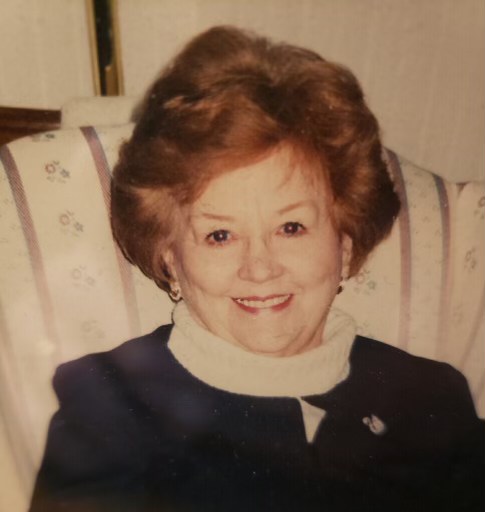 Rebecca Katholeen Roark Doshier, a loving wife, mother, grandmother, sister, and friend died as she lived, both peacefully and gracefully, on February 7, 2021. She lived a rich and full 95 years. She was born to Arch and Daisy Estes Roark in June 25, 1925, and married Herbert Gale Doshier on June 6, 1948. They were married 68 years with Gale preceding her in death in 2016. She is further preceded in death by her parents and two brothers, Harold and Rudell Roark. She is survived by son Lynn and wife Judy of Decatur, Alabama, son John and wife Nancy of Trophy Club, Texas, and daughter Mary Hurd and husband Mike of Bolivar, Missouri, grandchildren Stephanie, Corey, Jonathan, Elizabeth, Stuart, Grace, Hope, and Kathryn, great grandchildren, Emily, Jacob, Caroline, Cooper, and Aiden, nieces, nephews, and many other relatives.

She was a graduate of the University of Arkansas. While married to Master Sergeant Herbert Gale Doshier she traveled the world, returning to teach in Alabama and Arkansas for 21 years. She was a respected member of her community and church in both Pyatt, Arkansas, and Second Baptist Church in Springfield, Missouri, teaching Sunday School for many years. She was a member of Delta Kappa Gamma, served on the Marion County (Arkansas) Library Board, and earned the Teacher of the Year award in the Harrison (Arkansas) Public Schools.

She was an enduring friend and will be dearly missed by her family and the endless number of those whom she has influenced and encouraged through her Christ-like example.

The funeral service will be at Greenlawn East, 10:00 Saturday morning, February 13, 2021. No flowers please, with donations to Pyatt Baptist Church, Pyatt, Arkansas. Burial will be in Patton Cemetery, Pyatt, Arkansas.

****Please be courteous to others and turn off the camera and audio on your electronic devices.***