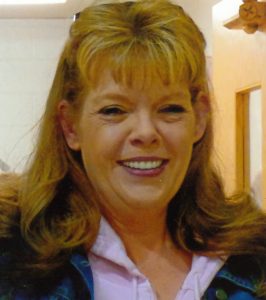 Renae M. Stroud, age 54, passed away Saturday, October 1, 2016 in Springfield, Missouri. Renae was born November 10, 1961 in Galesburg, Illinois to Marvin H. McGill and Lucinda M. (Miller) McGill. Renae was married to William Stroud. She enjoyed making crafts and spending time with family and friends. Renae was office manager for many roofing companies which her and her husband operated. After retiring from office manager, she was employed by Walmart where she met many new friends.
Renae is survived by her husband, William Stroud, father, Marvin McGill, sister, Mary Jane Royse and husband Eric, niece, Delaney Royse, step-daughter, Renae Lovercamp, and two step-sons, Bradley Stroud and Brandon Stroud.
Renae is preceded in death by her mother, Lucinda McGill, and sister, Mary Louise McGill.
A celebration of life is planned for Wednesday, October 5th, from 6:00-8:00pm, at Greenlawn Funeral Home North.
Graveside service will be held at Greenlawn Memorial Gardens on Saturday, October 8, 2016 at 10:00am.
In lieu of flowers, Renae wishes donations be made out to Rescueme.org or St. Jude Children Hospital (stjude.org).