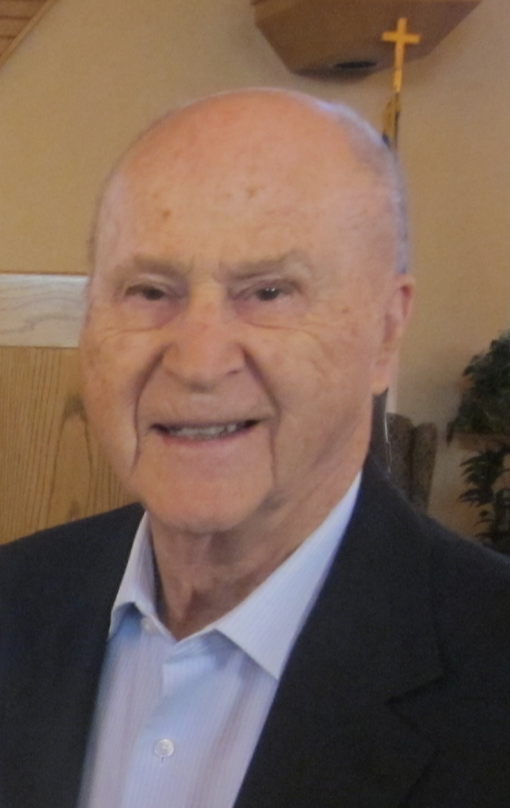 Rev. Bruce Thomas (Tom) Bozarth, retired missionary to Asia Pacific, joined his wife, Glenna Dell, in the Lord’s presence on March 1, 2021. He was 93.

Tom was born to Leslie and Marvel Bozarth on November 11, 1927, in Springfield, Illinois. It was through a miraculous healing in his body that his parents came into a relationship with Jesus.

Until that time, the Bozarth family did not attend church and did not profess to be believers. But when the doctor told 3-year-old Tommy’s parents that he would not live through the night, a friend suggested they call a pastor that believed in healing and prayed for the sick. It was the pastor of First Assembly of God in Springfield, Illinois, who came that night to pray and Tommy was instantly healed! His parents gave their lives to Jesus, became active in the church where Leslie Bozarth became a deacon.

Immediately upon graduation from high school in 1945, Tom enlisted in the Navy. However, World War II ended just as he finished bootcamp. He always said the opposing forces decided to give up and surrender when they heard he was coming!

As a teenager, Tom sensed God’s call to vocational ministry. In 1947, he enrolled at Southern California Bible College in Pasadena (now Vanguard University).  While there, he served on the ministry team of students who traveled each week from Pasadena to Costa Mesa to help start a new work there.  That work later became Newport-Mesa Church.  Tom was also part of a traveling choir led by classmate Ralph Carmichael.  A few years later Ralph would arrange for Tom to cut a solo album.

On August 5, 1949, he married Glenna Dell Miller. The couples’ families had been friends from the time the Bozarth’s began attending First Assembly of God where Glenna’s family already attended.  Tom and Glenna literally grew up together, though Tom being three years older ran more with the older siblings until he noticed that Glenna had grown up!

The Bozarths’ first pastorate was in Galva, Illinois. Tom had to go by himself to candidate and meet the board. Though he was dressed up in his best suit and tie, the usher who greeted him at the door that Sunday morning took one look and lead him straight to “his” Sunday School class.  Once seated, Tom looked around and realized he had been mistaken for a teenager! But after the “teenager” preached that morning, the church immediately asked him to be their pastor! That began 30 years of ministry in the US.

In addition to pastoring three churches in Illinois, Tom served as camp director for the Illinois District Youth Department which was led at that time by Rev. Herschel Crouch. It was during the time that Tom served as camp director that the district purchased a new campground in Carlinville. In 1961, Tom, the son of a contractor, was asked by the Illinois District to move to Carlinville to help develop the grounds and continue directing the annual youth camps. In addition to his work on the camp facilities, Tom built the first home on the grounds and moved his family there in the spring of 1962.

In 1967, Tom received an invitation to serve as the chaplain for the Los Angeles County Sheriff’s Department, Juvenile Division. There he oversaw the spiritual needs of 17,000 incarcerated boys, ages 7 to 18, during his ministry in the prison system.

From there, in 1972, the Bozarth’s were asked to open and direct the first Teen Challenge Rehabilitation Center on Oahu in Hawaii. This began their love for the people of the Pacific islands.

In the mid-1970s, the Bozarth’s became increasingly burdened for missionaries serving in remote places across the Pacific who were experiencing weariness, burnout and suffering from health issues. This burden grew until in 1979 they were appointed as missionaries with the Assemblies of God World Missions. Tom and Glenna spent the next 15 years moving from place to place across Asia Pacific, to serve wherever there was the greatest need.

Because of their unique role, the Bozarth’s described themselves as “missionaries without a country.” Their greatest joy was going with their national brother and sisters to islands and villages that had never before had access to the Good News of Jesus, and then to see churches planted!

Tom and Glenna served their first year in missions on an island that was two blocks wide and one mile long. That tiny island had a population of 9,000, with even more howling dogs. They fell in love with the people and work on Ebeye! Wes Hurst, the Asia Pacific Regional Director at that time, later told Tom that he knew if they could make it there, he could send them anywhere! And he did, as did his successor, Bob Houlihan!

In a missions article describing some of their experiences, Tom wrote that they had traveled by boat, dugout canoe, and small (and questionable) aircraft. They trekked through jungle terrain and waded rivers. They endured several bouts of malaria and amoebic infection, were once stranded at sea in a small fishing boat and came through three days of tidal waves on an island that was only four feet above sea level. He ended his article by writing, “Our ministry does not lack adventure. But our joy is in the venture—the venture of providing much-needed relief to our missionaries and tending to the continuation of the ministry in their absence. We may be missionaries without a country, but we are not without a mission: island-hopping for Jesus.”

During their missionary service, the Bozarth’s lived in the Marshall Islands, the Solomon Islands, Chuuk, Pohnpei, Palau, Guam, Western Samoa, the Philippines, and for a brief time, South Korea.  Glenna’s many surgeries due to a tropical disease contracted in Western Samoa caused them to retire in 1994, but their hearts remained in the islands.

Tom was preceded in death by his wife, Glenna Dell, in 2018. He is survived by his daughter, Cina Silva, who serves with her husband, Ty, as Area Directors of Asia Pacific’s Northern Pacific Rim and lead pastors of the Agape International Christian Assembly network in Taiwan; and one granddaughter, Jaimee Silva, missionary to Thailand serving as the Children’s Pastor at Romyen International Church in Bangkok.

A celebration of Tom’s life will be held at Greenlawn North Funeral Home in Springfield, Missouri, on Friday, April 9, at 3:00 pm. The viewing will begin at 2:00 pm.