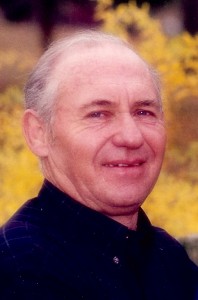 Richard Leroy Fisher, 70, Bolivar, died Tuesday, December 30, 2014 at Mercy Hospital, Springfield, after a short illness. Richard was born January 12, 1944 at Cabool, MO; the son of Leroy and June (Oldham) Fisher.
Richard was saved on July 25, 1965. He joined Sentinel Missionary Baptist Church and was baptized at Pomme De Terre River. He remained a faithful member of Sentinel until his death.
Richard married Leta Roberts on September 17, 1965 and to this union two children were born. They celebrated their 49th wedding anniversary last September.
He was a kind, loving, and hardworking Husband, Father and Grandfather. He was always willing to lend a helping hand to anyone in need.
He thoroughly enjoyed attending his grandsons’ school activities and was very proud of their accomplishments. One of his greatest joys was hearing their testimony of salvation.
Richard was a journeyman electrician; having worked for Polk County Electric, Balmer Electric, running his own business; Fisher Electric; and retiring from Sechler Electric after 37 years. He took great pride in his profession and passed the love of his trade on to his son, whom he had the great privilege of working with for 23 years.
He was preceded in death by his parents, his half-sister, Virginia Keely, and his father –in-law and mother-in-law, Albert and Jewell Roberts.
He is survived by his wife, Leta, of the home; his two children, Paul Fisher and wife Laurie of Brighton and Anissa Roberts and husband Bill IV of Bolivar; two sisters-in-law, Lou Jean Howard and husband Curtis of Coos Bay, Oregon and Jana Belk and husband Bob, of Nixa; one brother-in-law, Glenn Roberts and wife Velinda of Goodson; two grandsons, William Roberts of Bolivar and Landon Fisher of Brighton; two nephews, Tim Keely and Tom Keely, one niece, Kathy Keely, all from the state of Washington; as well as numerous other relatives and friends.
Funeral services will be held at 11:00 AM Saturday, January 3, 2015, at Pitts Chapel Bolivar, MO, with Bro. Mike Bruce and Bro.Curtis Howard officiating. Burial will follow at Sentinel Missionary Baptist Church Cemetery, Polk, MO. Visitation will be held from 6:00 to 8:00 PM Friday, January 2, 2015, in the funeral home. In lieu of flowers the family requests donations be made to the Sentinel Missionary Baptist Church Cemetery Fund. Online condolences may be made at: www.greenlawnfuneralhome.com. Arrangements have been entrusted to Pitts Chapel Bolivar, MO.