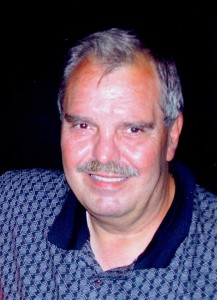 Richard Lloyd Gerischer, age 68, longtime resident of the Bolivar, MO, community, and formerly of the Brighton and Pleasant Hope areas, passed away Sunday, October 19, 2014, at Citizens Memorial Hospital. He was born April 1, 1946, in Des Moines, IA, to Pat and Ruth (Bruce) Carey.
He was preceded in death by his parents; a sister Deloris; and a brother Frank Gerischer.
He is survived by his wife Vesta (Faulkner) Gerischer of the home; four sons: Richard, Chris, Qwinn, and Kyle Gerischer; one daughter Lisa Gerischer; eight grandchildren; one sister Jeri Hutchens; seven nieces and two nephews; as well as other relatives and friends.
Memorial services will be held at 2:00 PM Saturday, October 25, 2014, at Pitts Chapel with Bro. DeWayne Burdette officiating. A memorial visitation will be held one hour before the service from 1 to 2:00 PM in the funeral home. Arrangements have been entrusted to Pitts Chapel Bolivar, MO.