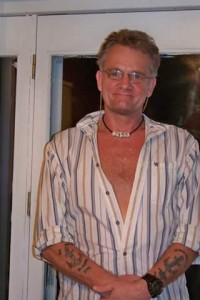 Richard M. Ryder, Jr., age 53, of Springfield, MO, a Navy Gulf War Veteran, passed away on Memorial Day, Monday, May 25, 2015. He was born September 25, 1961, in Buffalo, NY, to Richard and Beverly (Fuller) Ryder, Sr. He served in the United States Navy from May 25, 1979 to December 31, 1997. Richard was very proud of his military service, he gave his time to other veterans by volunteering at the V.A. Coming Home Center. He was united in marriage to Michelle Farlow on October 1, 1996 ,in Norfolk VA.
He was preceded in death by his father, Richard M. Ryder, Sr.; mother,Beverly Odell; step-father, Raymond Odell; and granddaughter, Cherish Lifee Ryder. He is survived by his wife, Michelle Ryder, Springfield, MO; seven children, Starr Ryder, Freedom Ryder, Skye Ryder, Sunn Ryder, Fphoenix Ryder, Stone Ryder, and Richard Ryder, III; six grandchildren, Matthew Moore, Joseph Moore, Joshua Moore, Aethon Ryder, Lucas Ryder, and Conner Ryder; one brother, Mark Ryder; two sisters, Sharon Schank and Tammy Ryder; and a host of family and friends. Visitation will be held from 5-7 p.m. on Tuesday, June 2, 2015 at Greenlawn North Funeral Home, with a reception to follow at their home, 1919 N. Douglas, Springfield, Missouri. Memorial contributions may be made to the family. Services have been entrusted to Greenlawn Funeral Home North, Springfield, MO.