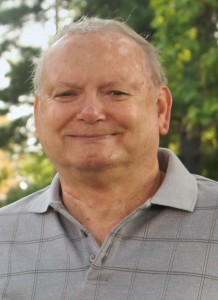 Robert Earl Wallin, born in Springfield, Missouri on January 9, 1943 and entered Heaven’s gates while at home, surrounded by loving family and pastor on May 11, 2015 after an extended battle with cancer, at the age of 72.
He graduated from Hillcrest High School in 1960 and retired from BNSF railroad after 36 years of service. In his early years, he enjoyed fishing and hunting. Later interests included watching UFC and travel, but his real ambition was investment properties.
Robert was preceded in death by his father, Ewell Earl Wallin, in 1972 and his brother, Jerry Lee Wallin, in 2005.
He is survived by his wife of almost 47 years, Mary (Ray) Wallin; his mother, Dorothy Wallin Robb; his two children, Kimala and Chad; Kimala’s husband, Scott Anderson; their two children, Kylee and Landon; Kylee’s husband, Blake Brown; Chad’s wife Shelly; their four daughters, Taylor, Haylee, Madison and Kennedy; and many extended family and friends.
Robert was known for his passion for family and providing a secure future for them.
Visitation will be on Thursday, May 14 from 6:00-8:00 PM and a memorial service will be held at 10:00 AM on Friday, May 15 both at Greenlawn North Funeral Home.
In lieu of flowers, please send donations to National Hospice Foundation-Lighthouse of Hope Fund, P.O. Box 824401 Philadelphia, PA 19182-4401, to ensure the compassionate care Robert received may be continued to others in need.